It can, like all species of its genus Chrysopelea, glide by stretching the body into a flattened strip using its ribs. It is mostly found in moist forests and can cover a horizontal distance of about 100 metres in a glide from the top of a tree.

Slow motion photography shows an undulation of the snake's body in flight while the head remains relatively stable, suggesting controlled flight. They are mildly venomous with rear fangs and also can constrict their prey, which consists of mostly lizards and bats. 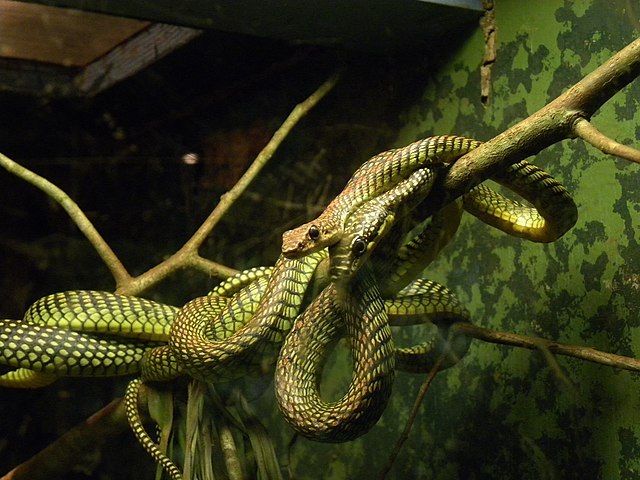 By Alan Couch from Australia - Chrysopelea paradisiUploaded by Magnus Manske, CC BY 2.0