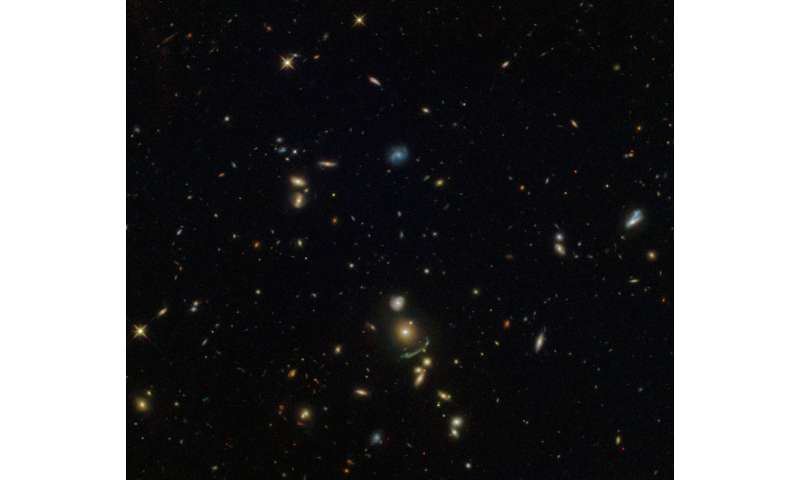 This NASA/ESA Hubble Space Telescope image shows a cluster of hundreds of galaxies located about 7.5 billion light-years from Earth. The brightest galaxy within this cluster, named SDSS J1156+1911, is visible in the lower middle of the frame. It was discovered by the Sloan Giant Arcs Survey, which studied data maps covering huge parts of the sky from the Sloan Digital Sky Survey. The survey found more than 70 galaxies that look to be significantly affected by a cosmic phenomenon known as gravitational lensing.

This visualization presents a 3-D view of the largest structures in the Universe via data from the Sloan Sky Survey.

The SDSS is the most ambitious astronomical survey ever undertaken. It provides a 3-dimensional map of about a million galaxies and quasars.
_________________