NASA’s Curiosity rover has found new evidence preserved in rocks on Mars that suggests the planet could have supported ancient life, as well as new evidence in the Martian atmosphere that relates to the search for current life on the Red Planet. While not necessarily evidence of life itself, these findings are a good sign for future missions exploring the planet’s surface and subsurface.

The new findings – “tough” organic molecules in three-billion-year-old sedimentary rocks near the surface, as well as seasonal variations in the levels of methane in the atmosphere – appear in the June 8 edition of the journal Science. 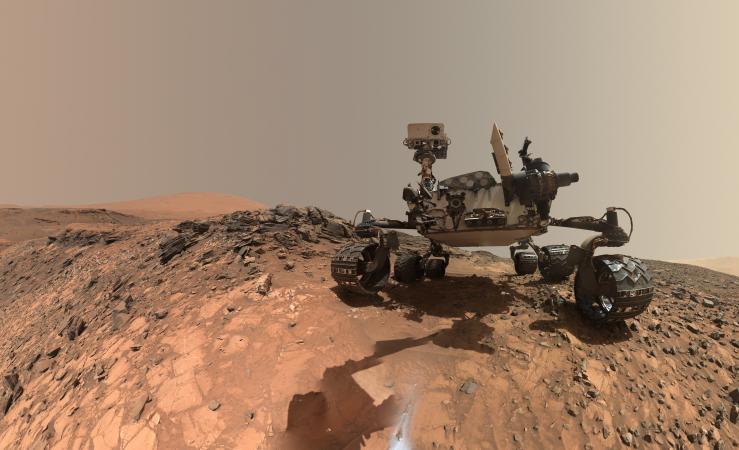 The Curiosity rover has discovered ancient organic molecules on Mars, embedded within sedimentary rocks that are billions of years old.
_________________

This version of a self-portrait of NASA's Curiosity Mars rover at a drilling site called "Buckskin" on lower Mount Sharp is presented as a stereographic projection, which shows the horizon as a circle.
_________________