Last year, the first detection of gravitational waves linked to a gamma-ray burst triggered a vast follow-up campaign with ground and space telescopes to study the aftermath of the neutron star merger that gave rise to the explosion. ESA's XMM-Newton observations, obtained a few months after the discovery, caught the moment when its X-ray emission stopped increasing, opening new questions about the nature of this peculiar source.

Gravitational waves, predicted by Albert Einstein's general theory of relativity in 1918, are ripples in the fabric of spacetime caused by accelerating massive objects like colliding pairs of neutron stars or black holes. 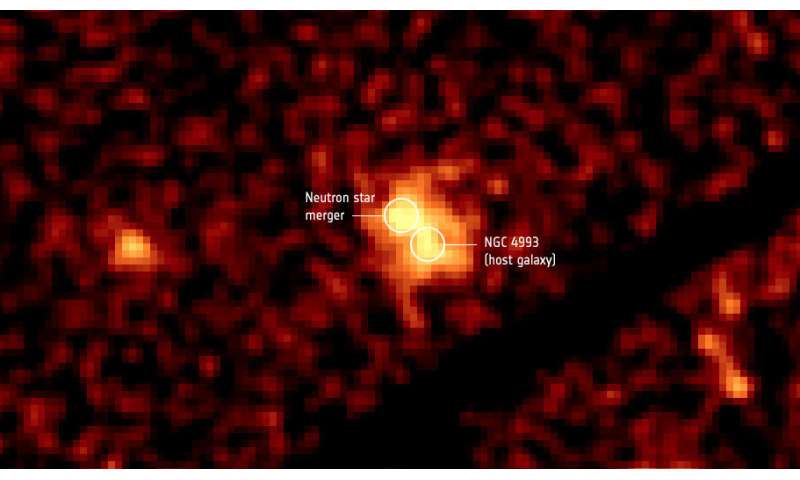 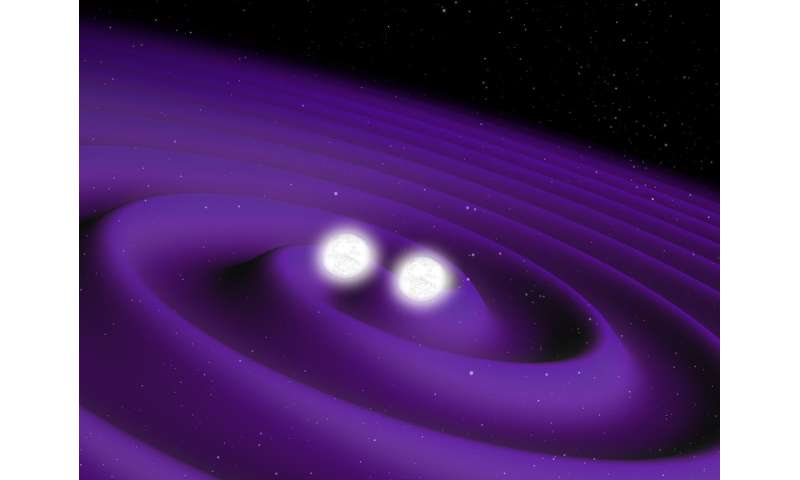 Artist's impression of two neutron stars – the compact remnants of what were once massive stars – spiralling towards each other just before merging. 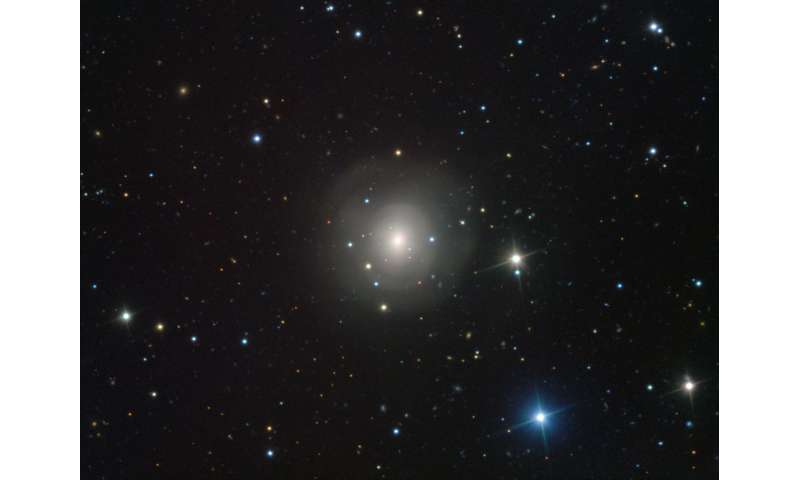 The elliptical galaxy NGC 4993, about 130 million light-years from Earth, viewed with the VIMOS instrument on the European Southern Observatory's Very Large Telescope in Chile.

On 17 August 2017, the merger of two neutron stars was detected and localised by the Advanced LIGO+Virgo network. After a global alert was triggered, the resultant kilonova was detected by over 70 observatories around the world.

This heralds the beginning of multi-messenger astronomy; the combination of gravitational and electromagnetic observations.
_________________

NGC 4993 is an elliptical galaxy or lenticular galaxy in the constellation Hydra, discovered in 1789 by William Herschel. In August 2017, astronomers reported that the short gamma-ray burst GRB 170817A, of the sort conjectured to be emitted in the collision of two neutron stars, was detected in this galaxy.

On 16 October 2017, the LIGO and Virgo collaborations officially announced the detection of a gravitational wave, named GW170817, associated with the merger of two neutron stars.

Astronomers using the NASA/ESA Hubble Space Telescope have observed a visible counterpart to gravitational waves for the first time: a kilonova from merging neutron stars.

For the first time, Hubble has observed the source of a gravitational wave: the merging of two neutron stars. This merger created a kilonova — an object first predicted by theory more than 30 ago. This event also provides the strongest evidence yet that short duration gamma-ray bursts are caused by mergers of neutron stars.

These observations may help solve another long-standing question in astronomy: the origin of heavy chemical elements, like gold and platinum.