A new study analyzed data from NASA's Chandra X-ray Observatory taken in the days, weeks, and months after the detection of gravitational waves by the Laser Interferometer Gravitational Wave Observatory (LIGO) and gamma rays by NASA's Fermi mission on August 17, 2017.

While nearly every telescope at professional astronomers' disposal observed this source, known officially as GW170817, X-rays from Chandra are critical for understanding what happened after the two neutron stars collided. 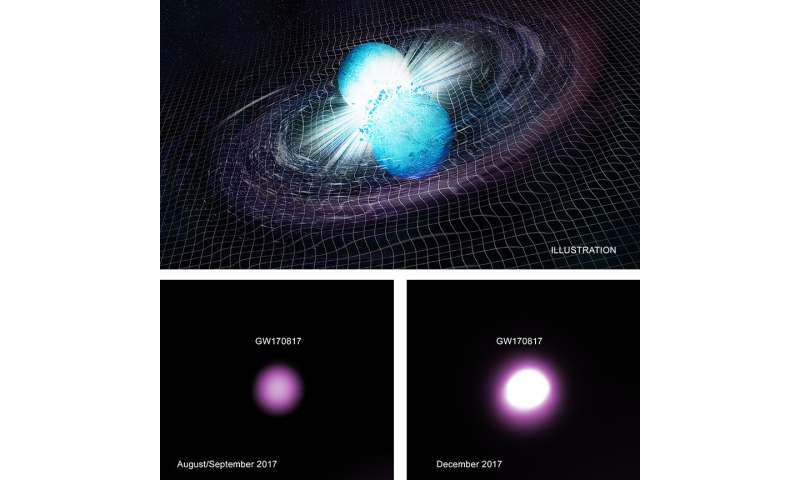 The spectacular merger of two neutron stars that generated gravitational waves announced last fall likely did something else: birthed a black hole. This newly spawned black hole would be the lowest mass black hole ever found. 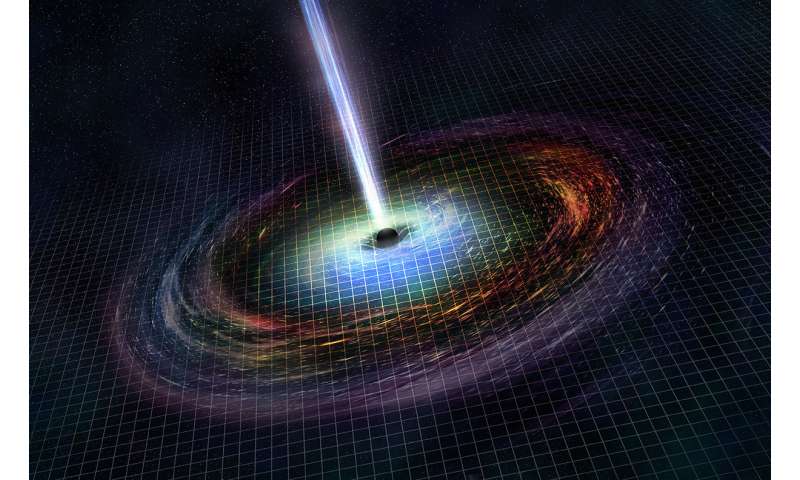 "We may have answered one of the most basic questions about this dazzling event: what did it make?" said co-author Pawan Kumar of the University of Texas at Austin. "Astronomers have long suspected that neutron star mergers would form a black hole and produce bursts of radiation, but we lacked a strong case for it until now."

This result comes from analysis of X-ray data from Chandra in the weeks and months after the initial detection of gravitational waves.

If confirmed, GW170817 would contain the lowest-mass black hole known.

This visualization shows gravitational waves emitted by two black holes of nearly equal mass as they spiral together and merge. Orange ripples represent distortions of space-time caused by the rapidly orbiting masses.

These distortions spread out and weaken, ultimately becoming gravitational waves (purple). Black spheres represent the black hole event horizons, surfaces beyond which nothing can escape.
_________________