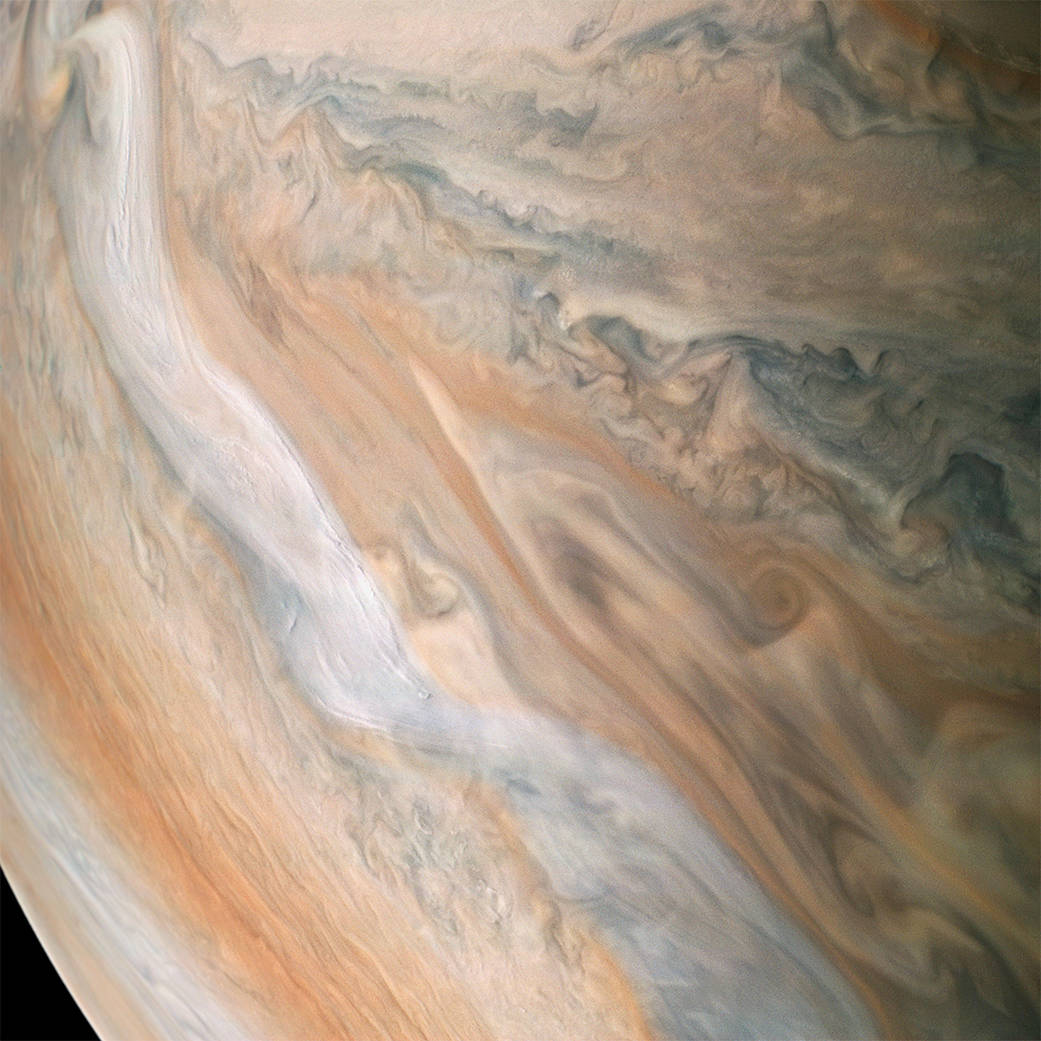 See a jet stream speeding through Jupiter’s atmosphere in this new view taken by NASA’s Juno spacecraft. The jet stream, called Jet N2, was captured along the dynamic northern temperate belts of the gas giant planet. It is the white stream visible from top left to bottom right in the image.

New climate models have been created to explain the shift in the jet stream that occurs at the gas giants equator about every 4 years.
_________________

New movies of Jupiter are the first to catch an invisible wave shaking up one of the giant planet's jet streams, an interaction that also takes place in Earth's atmosphere and influences the weather.
_________________

NASA's Juno orbiter continues to return data from Jupiter that is changing our understanding of how the giant planet works. After completing 10 passes about 3,500 kilometers above the Jovian clouds, the unmanned probe has found evidence that the famous bands of clouds extend deep into the atmosphere, as well as clues to the nature of the planet's core. The multicolored bands that run horizontally from east to west across the face of the gas giant have baffled astronomers.

Now it is known that they are jet streams that rotate around the globe that change in width, color and intensity, but remain stable for long periods of time.
_________________

The colorful banded clouds of the largest planet in our Solar System has remained shrouded in mystery for hundreds of years.

NASA spacecraft, Juno, helped dig some of these mysteries by revealing jet-streams that penetrate deep into Jupiter's atmosphere at depths of 1,900 miles.
_________________