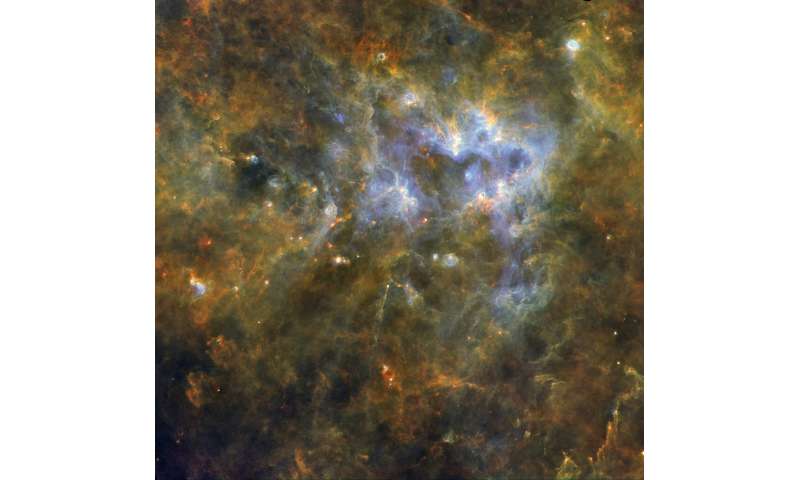 Stellar nurseries are cloudy and dusty places that shine brightly in infrared light. The G305 star-forming complex is no exception. It features a number of bright, intricate gas clouds heated by infant stars in their midst. In this spectacular image by ESA's Herschel space observatory, these star-forming hotspots stand out in a blue tone that contrasts with the red-brownish colour of cooler regions.

The OmegaCAM imager on ESO’s VLT Survey Telescope at the Paranal Observatory in Chile has captured a glittering view of the stellar nursery called Sharpless 29.

Many astronomical phenomena can be seen in the giant image, including cosmic dust and gas clouds that reflect, absorb, and re-emit the light of hot young stars within the nebula.
_________________

However, the interaction between the pair of young stars happened about 500 years ago, though a satellite array recently captured light from the event's fallout.

The dazzling celestial fireworks are evidence of a stellar nursery ripping apart, flinging stars, gas, and dust deeper into space.