An international team of astronomers have discovered an unusual laser emission that suggests the presence of a double star system hidden at the heart of the "spectacular" Ant Nebula.

The extremely rare phenomenon is connected to the death of a star and was discovered in observations made by European Space Agency's (ESA) Herschel space observatory.

When low- to middleweight stars like our Sun approach the end of their lives they eventually become dense, white dwarf stars. In the process, they cast off their outer layers of gas and dust into space, creating a kaleidoscope of intricate patterns known as a planetary nebula. Our Sun is expected to one day form such a planetary nebula. 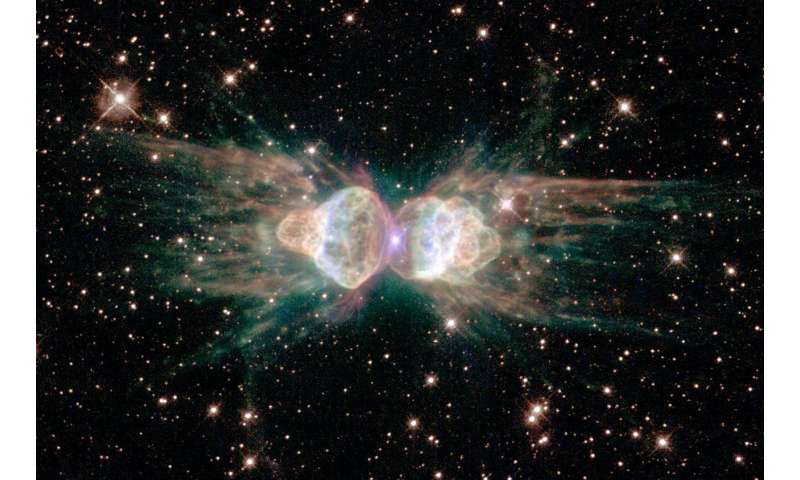 A nebula is an interstellar cloud of dust, hydrogen, helium and other ionized gases. The Ant Nebula earns its nickname from the twin lobes that resemble the head and body of an ant.

Astronomers have detected an extremely rare laser emission from the "spectacular" Ant Nebula which suggests a double star system is hidden at its core.
_________________

» Nebula IRAS 00500+6713 suggests its central star is unlike any seen before
» Emission Nebula in Monoceros
» Teardrop star reveals hidden supernova doom
» Hidden secrets of a massive star-formation region
» rare magnetic propeller in a binary star system
Current date/time is Tue May 17, 2022 6:03 am