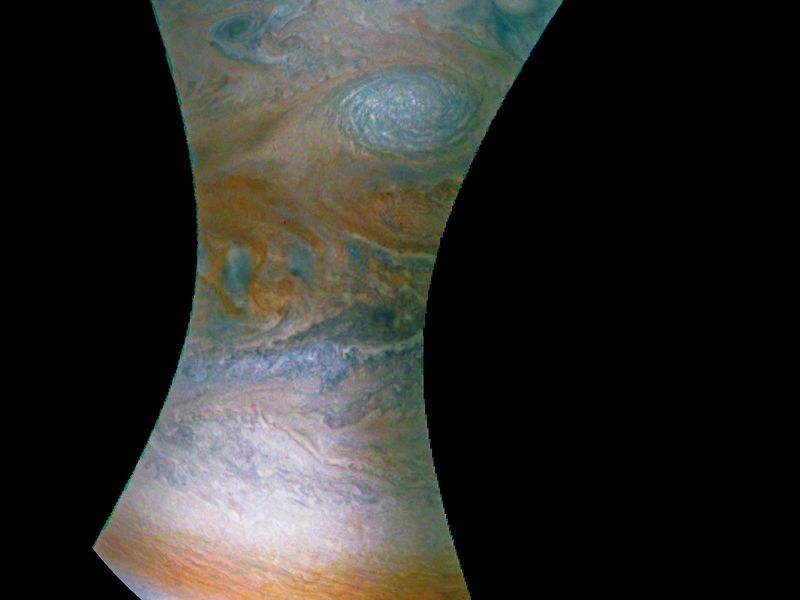 NASA's Juno orbiter continues to return data from Jupiter that is changing our understanding of how the giant planet works. After completing 10 passes about 3,500 kilometers above the Jovian clouds, the unmanned probe has found evidence that the famous bands of clouds extend deep into the atmosphere, as well as clues to the nature of the planet's core. The multicolored bands that run horizontally from east to west across the face of the gas giant have baffled astronomers. Now it is known that they are jet streams that rotate around the globe that change in width, color and intensity, but remain stable for long periods of time.

The Gravity Science experiment transmits and receives radio signals from NASA's Deep Space Network. By using the Doppler effect on signals to measure changes in the speed of the spacecraft, it is possible to measure variations in Jupiter's gravitational field, allowing scientists to map and analyze the planet and its atmosphere.

Juno discovered that the bands are not located in the upper part of the Jovian atmosphere, but are like icebergs: most of their mass is below the surface and the layers of climate fall to depths of 3,000 km in huge climatic cells that they make up one percent of the mass of Jupiter or the equivalent of three Earths.

Another finding was that Jupiter's atmosphere is asymmetric with marked differences between the massive cyclones at the north and south poles, as well as the jet stream bands.

This is because the deeper the jets are, the bigger they are. According to NASA, the magnitude of the gravitational asymmetry determines the depth of the jet streams.
_________________

This animation illustrates a recent discovery by Juno that demonstrates these east-west flows, also known as jet-streams penetrate deep into the planet's atmosphere, to a depth of about 1,900 miles (3,000 kilometers). Due to Jupiter's rapid rotation (Jupiter's day is about 10 hours), these flows extend into the interior parallel to Jupiter's axis of rotation, in the form of nested cylinders. Below this layer the flows decay, possibly slowed by Jupiter's strong magnetic field.

» New Ultrahot Jupiter Contains Iron in Its Atmosphere
» First Evidence of Water Vapor in the Atmosphere of Jupiter’s Moon Ganymede
» Hubble images a dazzling dynamic duo
» Voyager 2 reveals the dynamic, complex nature of the solar system’s edge
» Cyclopropenylidene Detected in Atmosphere of Titan
Current date/time is Tue May 17, 2022 5:55 am