Scientists have detected an exoplanet atmosphere that is free of clouds, marking a pivotal breakthrough in the quest for greater understanding of the planets beyond our solar system.

An international team of astronomers, led by Dr Nikolay Nikolov from the University of Exeter, have found that the atmosphere of the 'hot Saturn' WASP-96b is cloud-free.

Using Europe's 8.2m Very Large Telescope in Chile, the team studied the atmosphere of WASP-96b when the planet passed in front of its host-star. This enabled the team to measure the decrease of starlight caused by the planet and its atmosphere, and thereby determine the planet's atmospheric composition.

Just like an individual's fingerprints are unique, atoms and molecules have a unique spectral characteristic that can be used to detect their presence in celestial objects. The spectrum of WASP-96b shows the complete fingerprint of sodium, which can only be observed for an atmosphere free of clouds. 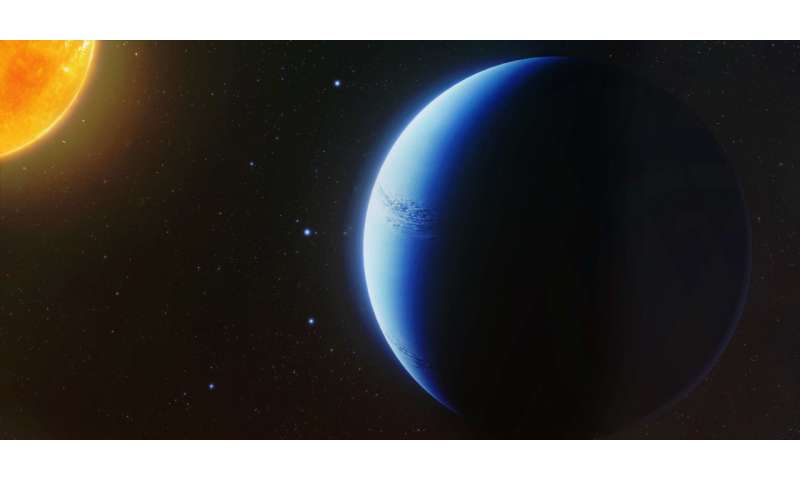 Artist rendition of 'hot Saturn' WASP-96b. A distant observer would see WASP-96b blueish in color, because sodium would absorb the yellow-orange light from the planet's full spectrum.