You might not know it, but you have probably met the mud dragon before. They live at the beach, hidden in the sand and floating in the shallows.

These microscopic animals are found all over the world, from the cold deep ocean to shallow tropical lagoons. Yet, we know almost nothing about them.

Generations of scientists have neglected these tiny animals and in 2018 we still do not know what they eat or what role they play in the marine ecosystem.

"We've known about this group of animals since the mid-1800s. But we still know almost nothing about them. Very few scientists have studied them even though they're an absolutely fascinating animal," says Martin Vinther Sørensen, who in his own words is one of the 10 to 15 scientists who have ever studied mud dragons.

Listening to Sørensen talk, it is hard to understand why scientists have not studied them with greater interest.

Despite their unimpressive size, no more than 1 millimetre long, mud dragons have an unusual sex life and a caring attachment to their young.

And when viewed under the microscope, a dragon appears. 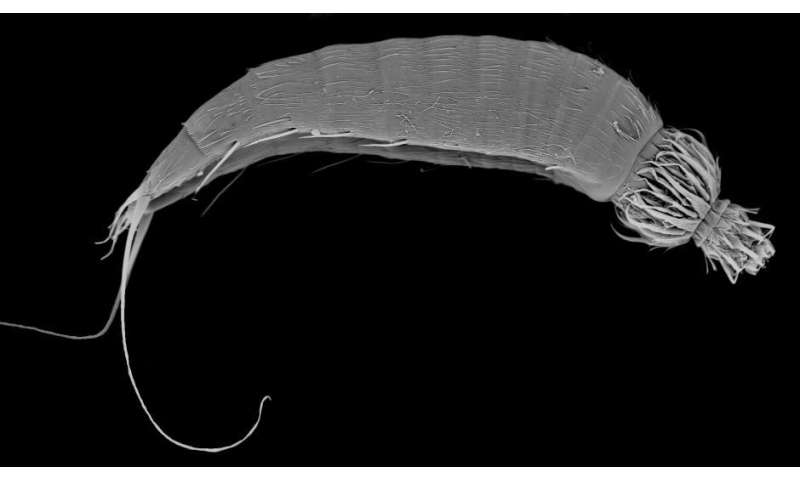 Mud dragons are a rarely seen group of tiny marine animals. They are a representative of the meiofauna, the microcosm of tiny animals that live in amongst the sediment grains of aquatic habitats.

Using their spiny introvert - seen here moving in an out - they negotiate the tiny channels between sediment grains where they graze on smaller organisms.
_________________