An Australian-led group of astronomers working with European collaborators has revealed the "DNA" of more than 340,000 stars in the Milky Way, which should help them find the siblings of the Sun, now scattered across the sky.

This is a major announcement from an ambitious Galactic Archaeology survey, called GALAH, launched in late 2013 as part of a quest to uncover the formulation and evolution of galaxies. When complete, GALAH will investigate more than a million stars.

The GALAH survey used the HERMES spectrograph at the Australian Astronomical Observatory's (AAO) 3.9-metre Anglo-Australian Telescope near Coonabarabran, NSW, to collect spectra for the 340,000 stars. 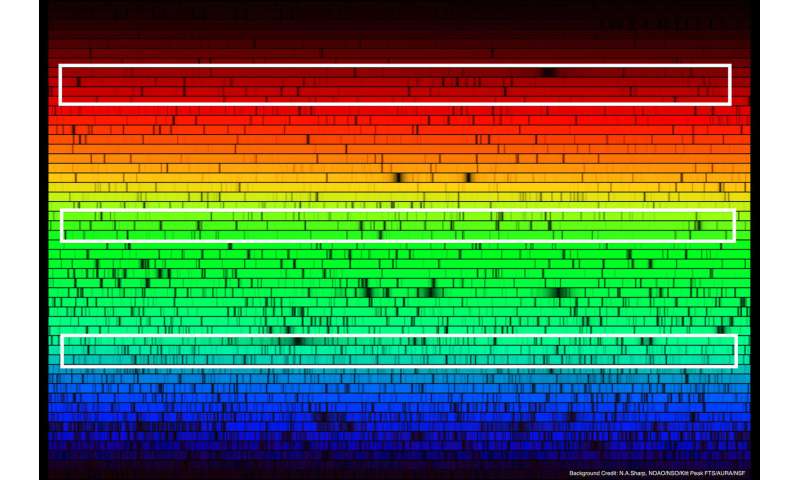 HERMES, the new spectrograph built at the AAO, uses volume phase holographic (VPH) gratings to provide various optimized spectra in blue, green and red light and a fourth band in infra-red light. HERMES spectra allows astronomers to study the chemical makeup of stars to understand their formation and evolution. A spectrum of the Sun shows many dark features because of various chemical elements in sunlight.

Astronomers have discovered a star in the constellation Hercules that is the sun's long-lost brother.

» Beaming with the light of millions of suns
» Hubble weighs in on mass of three million billion suns
» Milky Way's supermassive black hole may have 'unseen' siblings
» Giant clue in the search for Earth 2.0
» NASA Dives Deep into the Search for Life
Current date/time is Tue Jun 28, 2022 5:25 pm