Researchers at the University of Colorado Boulder have completed an unprecedented "dissection" of twin galaxies in the final stages of merging.

The new study, led by CU Boulder research associate Francisco Müller-Sánchez, explores a galaxy called NGC 6240. While most galaxies in the universe hold only one supermassive black hole at their center, NGC 6240 contains two—and they're circling each other in the last steps before crashing together.

The research reveals how gases ejected by those spiraling black holes, in combination with gases ejected by stars in the galaxy, may have begun to power down NGC 6240's production of new stars. Müller-Sánchez's team also shows how these "winds" have helped to create the galaxy's most tell-tale feature: a massive cloud of gas in the shape of a butterfly. 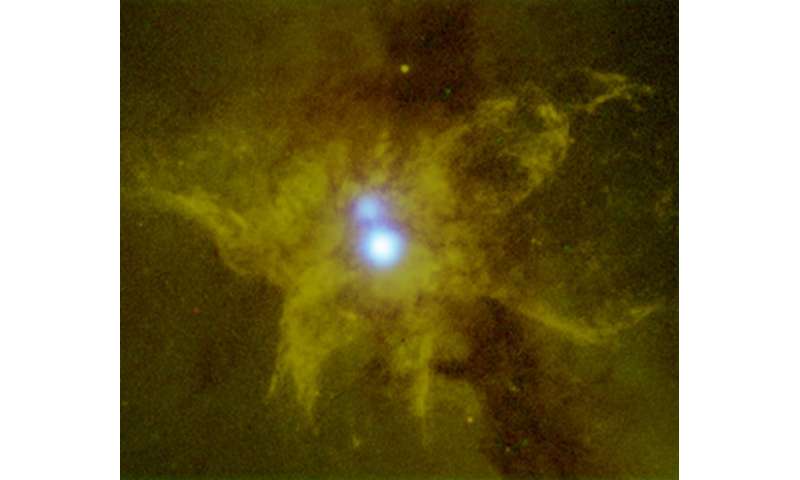 -ray image of NGC 6240 taken with the Chandra X-Ray Observatory, superimposed on an optical image of the galaxy. The X-ray emission from the two active galactic nuclei can be seen as bright blue point sources.

Two large galaxies are colliding and scientists have used Chandra to make a detailed study of an enormous cloud of hot gas that surrounds them.