A team led by CU Boulder researchers has caught a supermassive black hole in a distant galaxy snacking on gas and then "burping"—not once, but twice.

CU Boulder Assistant Professor Julie Comerford, who led the study, said the supermassive black hole under study appears to have belched – essentially blasting out jets of bright light from the gas it inhaled—two times over the course of about 100,000 years. While astronomers have predicted such objects can flicker on and off as a result of gas feeding events, this is one of the few times one has been caught in the act.

Supermassive black holes—which are millions of times heavier than our sun and are believed to be at the heart of virtually every galaxy—are like regular black holes in basic ways: Regions with such strong gravitational effects that nothing, not even light, can escape. But when the areas around supermassive black holes emit light stemming from feeding episodes, they are known as quasars, said Comerford of CU Boulder's Department of Astrophysical and Planetary Sciences. 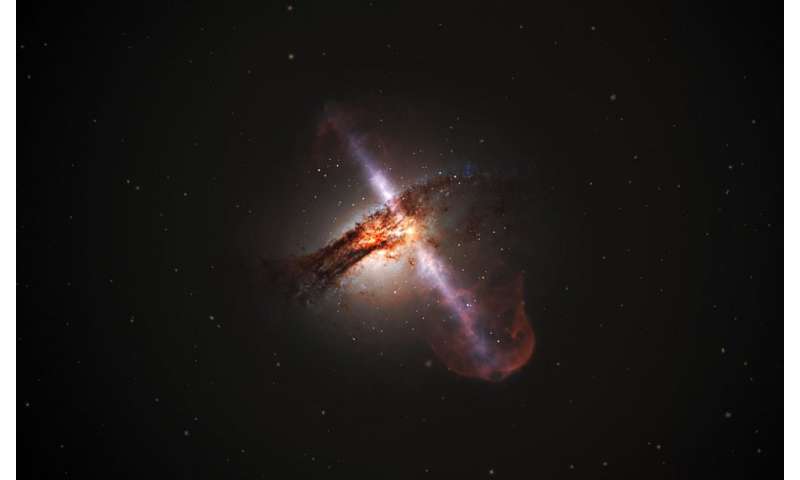 Credit: University of Colorado at Boulder

"We are seeing this object feast, burp and nap, and then feast, burp and nap once again, which theory had predicted. Fortunately, we happened to observe this galaxy in a moment where we could clearly see evidence for both events."