We have only known about the existence of the unusual yeti crabs (Kiwaidae)—a family of crab-like animals whose hairy claws and bodies are reminiscent of the abominable snowman—since 2005, but already their future survival could be at risk.

New Oxford University research suggests that past environmental changes may have profoundly impacted the geographic range and species diversity of this family. The findings indicate that such animals may be more vulnerable to the effects of human resource exploitation and climate change than initially thought.

Published in PLoS ONE, the researchers report a comprehensive genetic analysis of the yeti crabs, featuring all known species for the first time and revealing insights about their evolution. All but one of the yeti crab species are found on one of the most extreme habitats on earth, deep-sea hydrothermal vents, which release boiling-hot water into the freezing waters above above them. 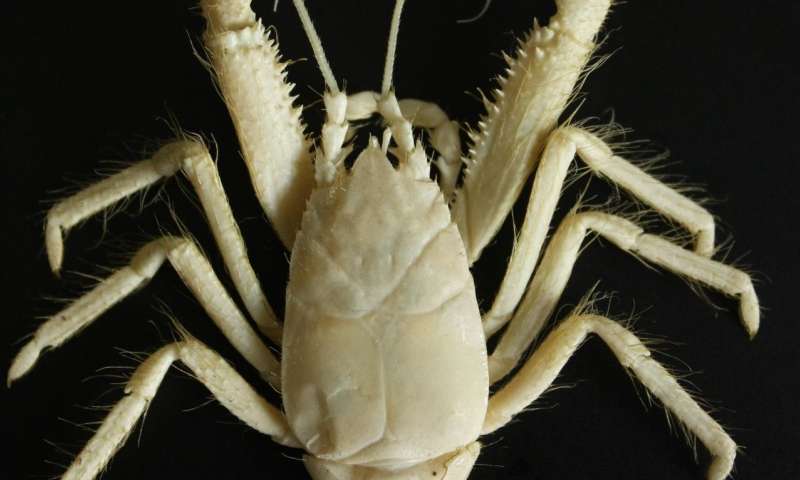 For the first time, scientists have observed and filmed animals, including a fuzzy new species of crab, swarming hot volcanic vents near Antarctica. The ghostlike crabs feed on bacteria that live off minerals spewed from the hydrothermal vents.

Forty years ago, a team of researchers including our founder Dr. Robert Ballard discovered hydrothermal vents smoking deep below the Galapagos Islands. This 1977 discovery changed our understanding of Earth processes and the possibilities for life to thrive on this planet.

Hydrothermal vents are fissures in the Earth's surface that spew superheated, mineral-rich water--like geysers fueled by volcanoes! Communities of organisms from tube worms to squat lobsters live off these rich outflows from the planet's core, converting chemicals into nutrients and thriving in the ocean's most extreme environment.