Using VST ATLAS and WISE surveys astronomers have identified two new bright high-redshift quasars. The newly found quasi-stellar objects, designated VST-ATLAS J158.6938-14.4211 and VST-ATLAS J332.8017-32.1036, could be helpful in improving our understanding of the evolution of the universe. The finding is reported March 4 in a paper published on arXiv.org.

Quasars with high redshift (over 6.0) are of special interest for astronomers because their ultraviolet light is absorbed by the neutral hydrogen along the line of sight; thus, they can be used to probe the intergalactic medium in the early universe. They are the most luminous and most distant, compact objects in the observable universe. 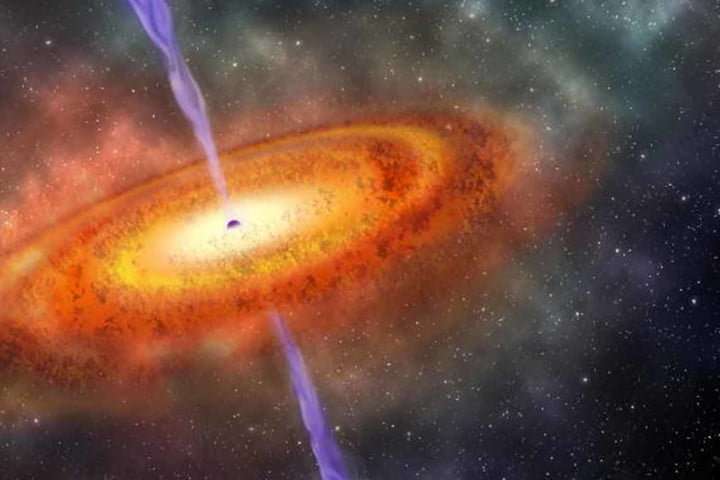 An artistic rendering of a quasar.

Moreover, the researchers have conducted a preliminary estimate of the black hole masses powering the two quasars. According to the paper, J158-14 has a black hole with a mass of about 1.8 billion solar masses and when it comes to J332-32, its black hole is approximately two billion times more massive than the sun.

Our own galaxy has a small version of such a black hole in it's center, but there's not enough gas to produce the quasar phenomenon.