Ethiopia’s Churches In The Sky

Ethiopia’s Churches In The Sky

The ancient Kingdom of Axum, now a part of Ethiopia, was one of the first nations in the world to adopt Christianity. The religion took strong foothold in 330 AD when King Ezana the Great declared it the state religion and ordered the construction of the imposing basilica of St. Mary of Tsion. Legend has it, that it here that Menelik, son of King Solomon and the Queen of Sheba, brought the Ark of the Covenant containing the Ten Commandments.

By the fifth century, nine saints from Syria, Constantinople and elsewhere had begun spreading the faith far beyond the caravan routes and deep into the mountainous countryside. These missionaries played a key role in the initial growth of Christianity in Ethiopia. The monks translated the Bible and other religious texts from Greek into Ethiopic allowing the locals who couldn’t read Greek to learn about Christianity. The religion’s mystical aspects found a curious draw among the young. As Christianity grew, a series of spectacular churches and monasteries were built high atop mountains or excavated out of solid rock, many of which are still in use today. 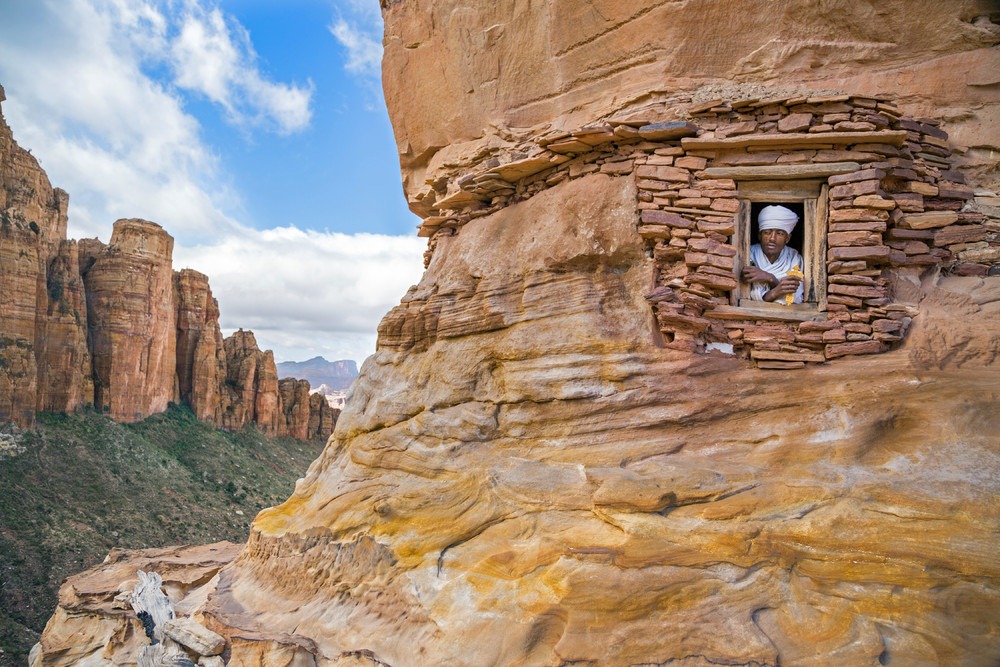 A priest is seen looking out of Abuna Yemata church’s only window. The church is located on aside of a cliff, 650 feet up from the floor of the valley. This image is from a recently published book “Ethiopia: The Living Churches of an Ancient Kingdom.” 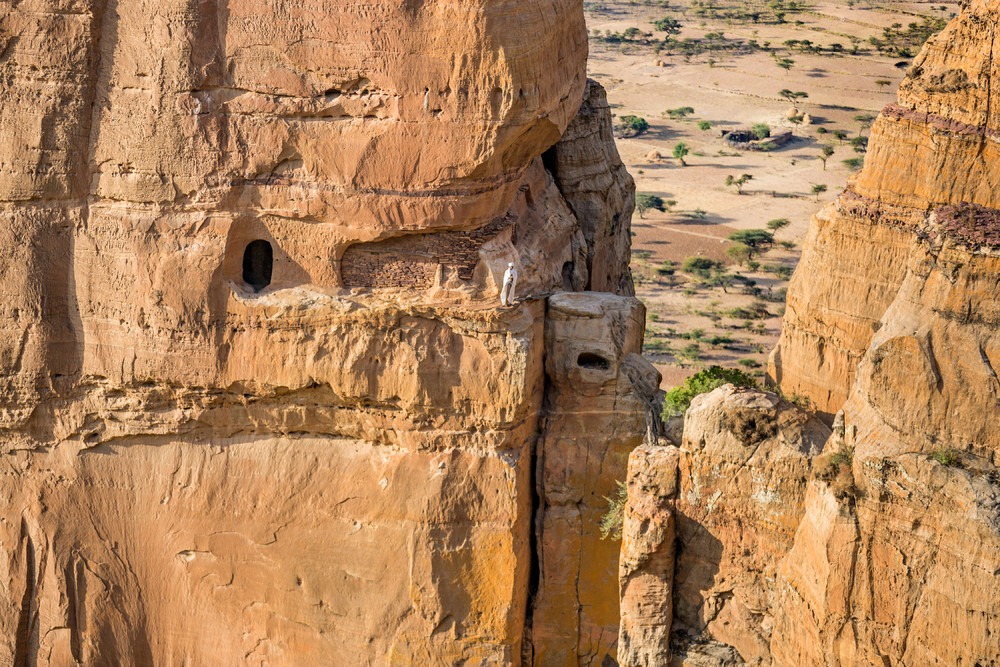 This image puts things really into perspective. The entrance to the church can be seen on the right, about a third of the way up the pinnacle. Photo credit: Ethiopia—The Living Churches of an Ancient Kingdom

These ancient churches were often built in the most impossible of places. A good example is the Abuna Yemata Guh in Tigray, in Northern Ethiopia.

This 5th century church is perched 650 feet up in the sky, on the face of a vertical spire of rock.

To reach it, one has to climb without any climbing ropes or harnesses, inching along narrow ledges and crossing a rickety makeshift bridge.

The final leg of the journey involves scaling a sheer 19 feet-high wall of rock.

The church was founded by Abuna Yemata, one of the nine saints, who chose the secluded spot as his hermitage.