Dragon spacecraft scheduled to launch into orbit no earlier than April 2, carries the 14th SpaceX commercial resupply mission to the International Space Station for NASA. Lifted into orbit atop a Falcon 9 rocket from Cape Canaveral Air Force Station in Florida, Dragon takes supplies, equipment and scientific research to crew members living and working aboard the station.

This flight delivers scientific investigations looking at severe thunderstorms on Earth, the effects of microgravity on production of high-performance products from metal powders, and growing food in space. Dragon also carries cargo for research in the National Laboratory, operated by the Center for the Advancement of Science in Space (CASIS), including testing the effects of the harsh space environment on materials, coatings and components; identifying potential pathogens aboard the station; and investigating an antibiotic-releasing wound patch. 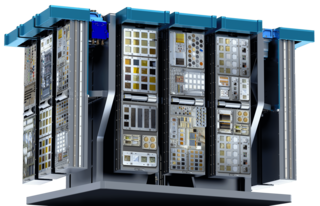 When crew on the Mir space station open a rarely used service panel, they come face to face with a floating liquid ball filled with microorganisms.

- The International Space Station crews about 3 - 6 people at a time, but sometimes unwelcome guests appear in the form of bacteria. To keep the world's largest orbital laboratory clean, Commander Chris Hadfield uses a floating microbial air sampler to test for nasties.

» "Starman" and Tesla heading for deep space
» NASA Enters the Solar Atmosphere for the First Time
» NASA rocket chasing the source of the sun's hot atmosphere
» NASA Finds a Large Amount of Water in an Exoplanet's Atmosphere
» NASA Voyager 2 Could Be Nearing Interstellar Space
Current date/time is Tue May 17, 2022 5:11 am