Stephen Hawking was a brilliant cosmologist who has changed our view of the universe with his remarkable theories and outreach. He also inspired generations around the world, making some of the most complicated physics of our time accessible to the masses.

“Today, the world lost a giant among men, whose impact cannot be overstated," acting NASA Administrator Robert Lightfoot‌ said in a statement. "Our condolences go out to the family and friends of Stephen Hawking.

“Along with groundbreaking and inspiring work came another attribute that made Stephen a hero not just to younger generations, but also to his peers. A longtime friend to NASA, Stephen was a passionate communicator who wanted to share the excitement of discovery with all."

“His loss is felt around the world by all he inspired with his work and his personal story of perseverance.” 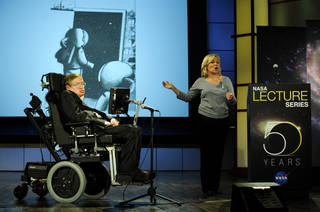 Stephen Hawking, a professor of mathematics at the University of Cambridge, delivers a speech entitled "Why we should go into space" during a lecture that is part of a series honoring NASA's 50th Anniversary, Monday, April 21, 2008, at George Washington University's Morton Auditorium in Washington.

Ever wonder how the worlds most famous physicist gets his computer to speak his words? Producer Frances MacKinnon had an exclusive one-on-one interview with him and the man who designed the technology at his Cambridge University office, and and found out how it all works.

It's also a fun look at the relationship between Stephen Hawking and his daughter Lucy, reminiscing on her childhood, her famous father's sense of humour, and floating together in Zero-G. And, writing a children's book series together.

When Stephen Hawking postulated in the mid-1970s that black holes leak radiation, slowly dissolving like aspirin in a glass of water, he overturned a core tenet of the Universe.

Ever since Albert Einstein published his theory of general relativity in 1915, predicting the existence of black holes, it was thought they devour everything in their vicinity, including light.

Black holes, it was thought, were bottomless pits from which matter and energy could never escape.

But Hawking, sometimes described as the most influential theoretical physicist since Einstein, questioned this, saying that black holes were not really black at all and must emit particles.

In so doing, he touched on a persistent headache for physicists: Einstein's theory, which has withstood every experimental test so far, does not explain the behaviour of particles in the subatomic, "quantum" sphere.

"Hawking realised that black holes, these objects that are made of gravity, because of quantum mechanics... can actually emit particles," astrophysicist Patrick Sutton of Cardiff University told AFP.

"This was the first case where we had a physical process that links gravity, this classical theory of gravity, with quantum mechanics." 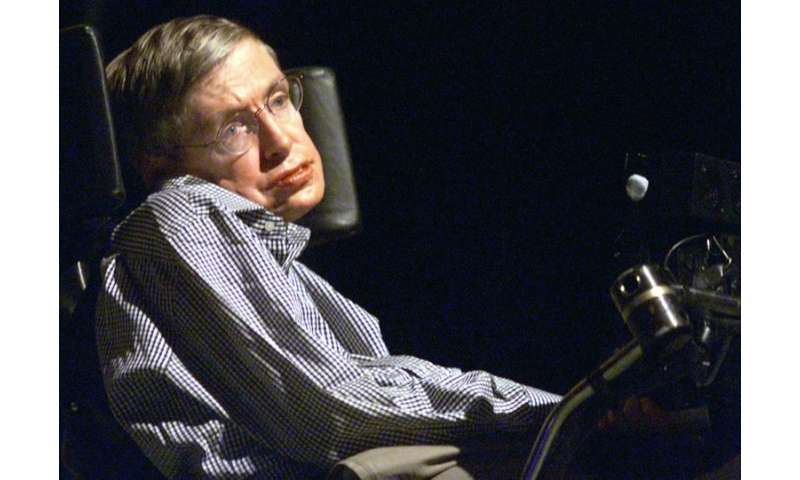 Hawking, sometimes described as the most influential theoretical physicist since Einstein, said black holes were not really black at all and must emit particles

What are black holes? A short animated explanation of black holes from the world’s most famous physicist and Radio 4’s Reith Lecturer, Professor Stephen Hawking.

What are black holes? A short animated explanation of black holes from the world’s most famous physicist and Radio 4’s Reith Lecturer, Professor Stephen Hawking.