King of The Mud Dragons

King of The Mud Dragons

A serrated rostrum of a sawfish shares wall space with a dozen or so carved wooden masks from Madagascar, Tahiti, Chile, Peru, and beyond. Behind the couch hang four paintings—Chinese landscapes delicately rendered on silk—each depicting a season. On the bookshelf, 80 or so small flags stand at attention, lined up like a miniature United Nations court of flags—one for every country Robert Higgins visited in his lifelong quest for dragons

Now 85, Higgins’s dragon-hunting days have passed, but the work he pioneered continues—younger searchers are off on modern expeditions. And while the world Higgins traveled was large, the world he studied was not. He spent a lifetime searching for animals smaller than the dot on a 12-point i. His specialty is a group of marine organisms called kinorhynchs, aka mud dragons.

Mud dragons are just one type of meiofauna, animals so diminutive they live between grains of sediment. They swim through the watery film surrounding each grain, or navigate the terrain of sand and mud—veritable mountains to scale—using suction pads, hooks, or tiny toes. Just a handful of marine sediment is a meiofauna metropolis. They’re so numerous that under a single footprint on moist sand there could be up to 100,000 individuals. A brief walk, say just 85 steps, might tromp over eight and a half million organisms, a number equivalent to the population of New York City.

Kinorhynchs (aka mud dragons) range in size from about 0.13 to one millimeter. Like other meiofauna species, they are integral parts of marine food chains in sediments throughout the world. 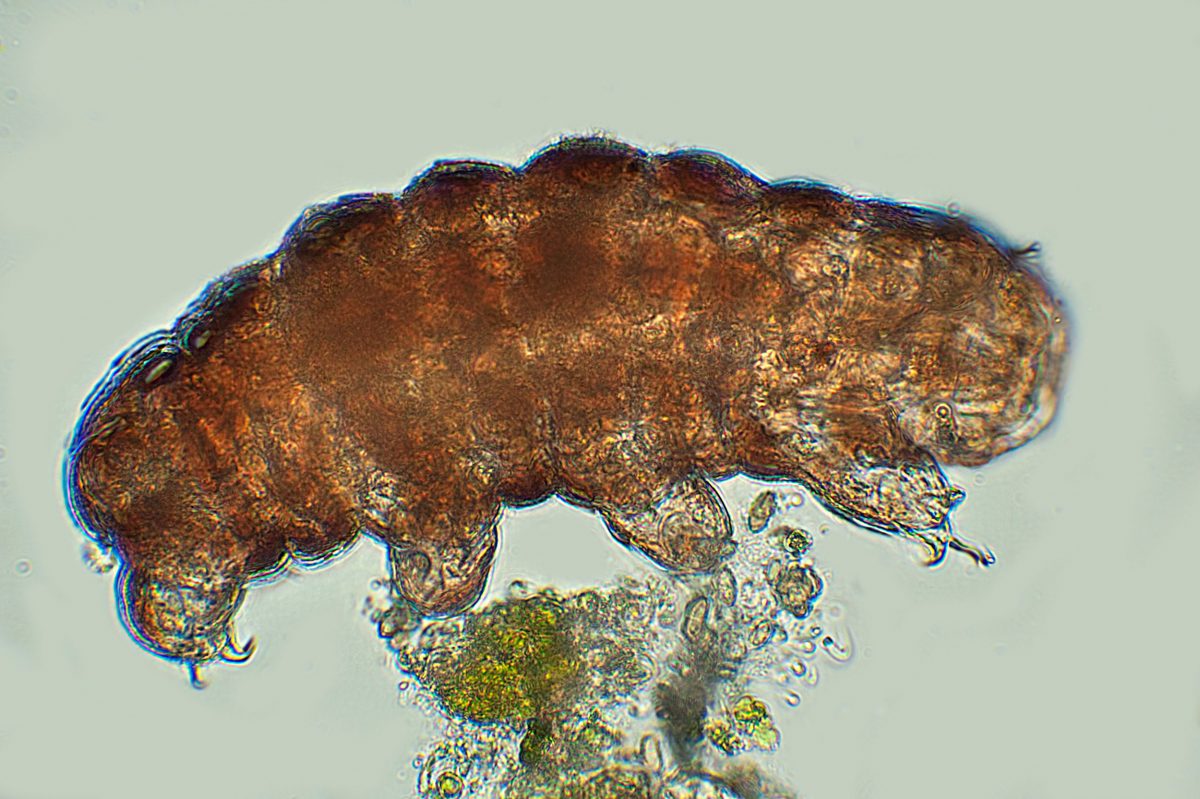 Tardigrades are also called water bears or moss piglets. They are a well-studied group of meiofauna, famous for their ability to withstand numerous environmental stressors. Tardigrades were Robert Higgins’s first introduction to meiofauna and the subject of his master’s thesis.

Mud dragons are a rarely seen group of tiny marine animals. They are a representative of the meiofauna, the microcosm of tiny animals that live in amongst the sediment grains of aquatic habitats. Using their spiny introvert - seen here moving in an out - they negotiate the tiny channels between sediment grains where they graze on smaller organisms.

What Is A Water Bear?

Water bears, or Tardigrades, are wonderfully interesting micro-organisms found in diverse environments all over the world. There are over 1,000 different species known. They can survive in extreme conditions by dehydrating and entering a state of cryptobiosis.

According to Wikipedia, "Tardigrades are able to survive in extreme environments that would kill almost any other animal. Some can survive temperatures of close to absolute zero, or 0 Kelvin (−273 °C (−459 °F)),[7] temperatures as high as 151 °C (304 °F), 1,000 times more radiation than other animals,[8] and almost a decade without water.[9] Since 2007, tardigrades have also returned alive from studies in which they have been exposed to the vacuum of outer space for a few days in low Earth orbit.

Tardigrades or "Water Bears" are the only creatures that can survive the extreme conditions in the vacuum of outer space.