The Rocks That Give Birth

The Rocks That Give Birth

In the Freita mountain range in northern Portugal, close to a village called Castanheira, is a huge block of granite that periodically ejects small pebble-sized stones. This rare geological phenomenon is locally known as Pedras Parideiras, which translates into English as “the rock that gives birth.”

The “mother-rock” is a granitic outcrop measuring roughly 1,000 meters by 600 meters. The rock’s surface is incrusted with small nodules shaped like biconvex discs that are between 2 and 12 cm. Due to thermal weathering or erosion, these nodules become detached from the mother stone, leaving dark reliefs on the surface. These nodules or “baby stone” are made up of the same mineral elements of granite as the mother stone is, but its outer layer is composed of biotite—a kind of mica that has very little mechanical resistance. Rain or dew water seeps into the cracks in the mica, and when winter comes it freezes. As water expands when frozen, the ice acts like a wedge that’s driven deeper and deeper into the biotite each winter until the nodules are forced loose from the granite rock. It takes many hundred winters for this to happen. 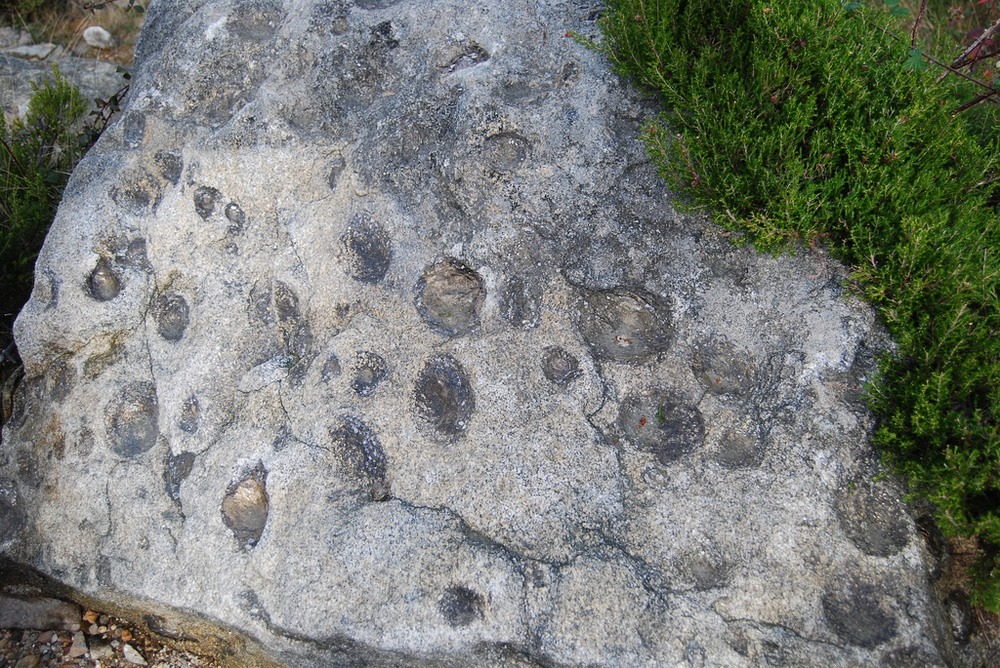 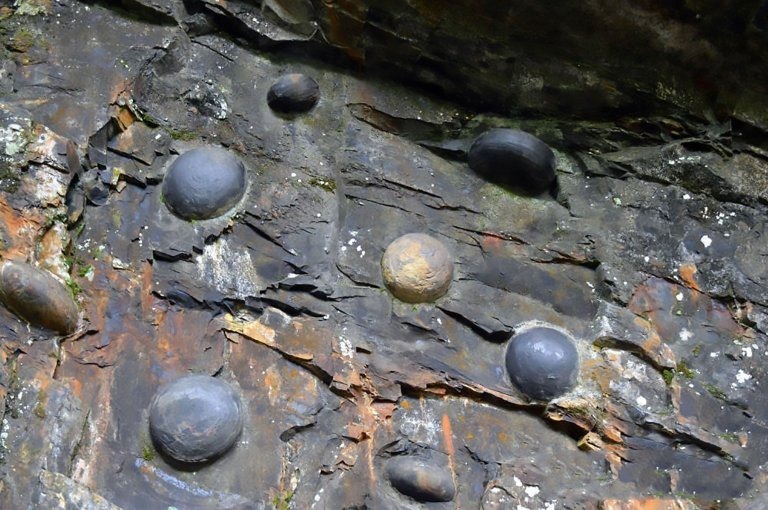 This rare geological phenomenon is locally known as Pedras Parideiras, which translates into English as “the rock that gives birth.”