he strange features on the surface of Mars never disappoint. And last week the Mars Reconnaissance Orbiter (MRO) captured another otherworldly sight: undulating sand dunes and piles of boulders. As Amanda Kooser reports for CNET, though both of these features can be found on Earth, the pattern and repetition of the tableau in the far North of the Martian landscape is arresting.

The MRO captured the image while tracking the shifts of sand dunes near Mars’ North Pole whirling along about 200 miles above the Martian surface, Mike Wall writes for Space.com.​ The dark, curved sand dunes are immediately evident, but as Kooser writes, it’s the pattern of the speckled region between the dunes that intrigued scientists.

This image shows curved sand dunes but also a strange pattern of boulder piles on the landscape of Mars. 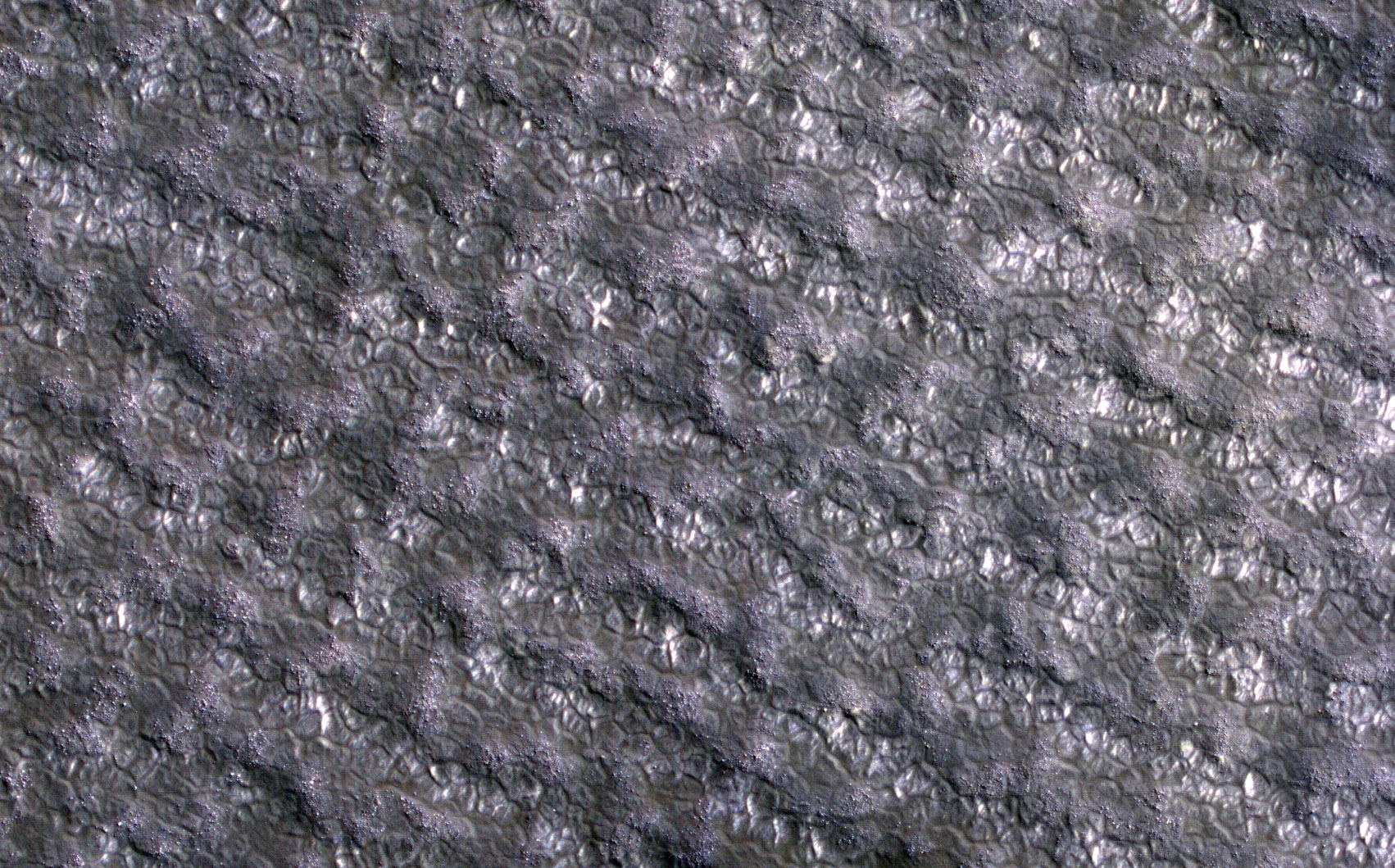 NASA is studying the unusual boulder piles spotted on Mars.