The Northeast may be prone to blizzards this time of year, but in Brazil it’s raining spiders. In a video that’s covered the Internet like an immense web, a local photographer captures images of thousands of spiders shimmying up and down silk threads attached to telephone pole wires. The footage gives the distinct impression of a shower–or perhaps light snow–of spiders sprinkling down on the shocked residents below.

Erick Reis, a 20-year-old web designer in Santo Antonio da Platina, a town about 250 miles west of Sao Paulo, captured the striking video that has since accumulated more than 2 million YouTube views over the course of the week. “I was shooting an engagement party for some friends of mine and I saw the spiders when I was leaving, now in the late afternoon,” he explained to TV450000, which posted the video. “I’ve never seen anything like it before.” Thousands of spiders congregate between the poles of the Paraná, Brazil. 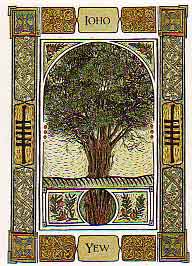 Thousands of spiders congregate between the poles of the Paraná, Brazil.

Hell in a video