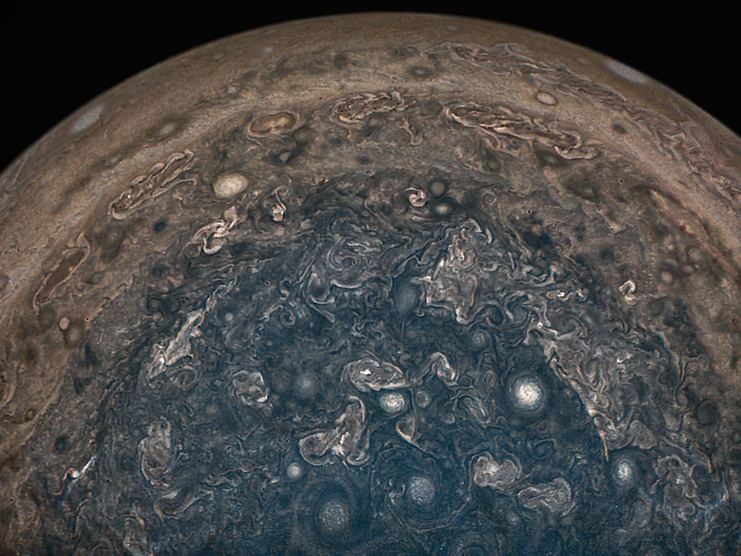 This image of Jupiter’s swirling south polar region was captured by NASA’s Juno spacecraft as it neared completion of its tenth close flyby of the gas giant planet.

The “empty” space above and below Jupiter in this color-enhanced image can trick the mind, causing the viewer to perceive our solar system’s largest planet as less colossal than it is. In reality, Jupiter is wide enough to fit 11 Earths across its clouded disk.

Right now, NASAs Juno spacecraft is orbiting Jupiter. Its the second spacecraft in history to do so, and its orbit is taking it over Jupiters north and south pole. During its latest pass.

Jupiter’s “southern lights” (also known as auroras) are on display in this animation of false-color maps from NASA’s Juno spacecraft.

Auroras result when energetic electrons from the magnetosphere crash into the molecular hydrogen in the Jovian upper atmosphere.

The data for this animation were obtained by Juno’s Ultraviolet Spectrograph. The images are centered on the south pole and extend to latitudes of 50 degrees south.