Scientists have long observed an apparent gradient in the cosmic microwave background but have been unable to determine how much is real and how much is perceived. USC Dornsife researchers appear to have found a way to an answer.

Observed from Earth, the universe appears a bit hotter at one end than the other, at least in terms of the cosmic microwave background (CMB). But the question plaguing cosmologists is whether that imbalance in the CMB is real or a result of the Doppler effect.

USC Dornsife scientists Siavash Yasini and Elena Pierpaoli may have found a way to nail down an answer.

Made most famous perhaps by Edwin Hubble, who used it to show that the universe is expanding, the Doppler effect is the apparent shift in the frequency of electromagnetic waves due to the motion of bodies traveling swiftly through space. Waves such as electromagnetic radiation—light waves, X-rays, microwaves, etc.—appear to shift in energy, with those moving toward an observer appearing to be higher in energy, or hotter, than they really are. The opposite is true for waves moving away from the observer, which appear colder. 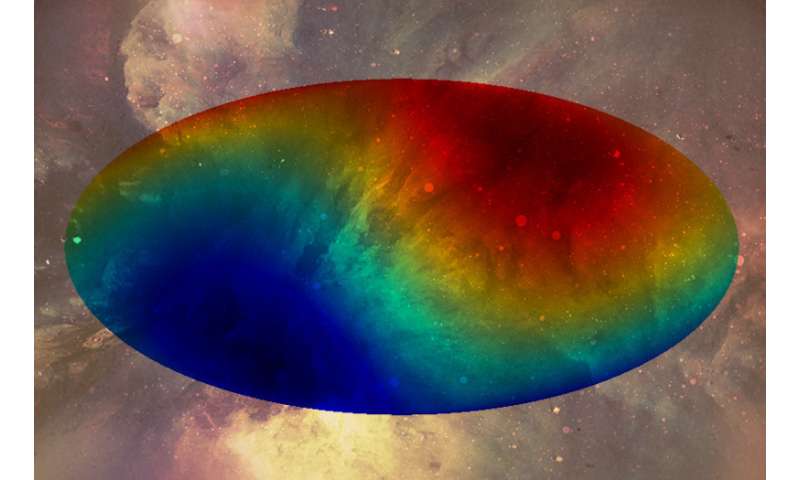 A remnant of the Big Bang, the cosmic microwave background appears to harbor a gradient across the universe, a feature that has puzzled cosmologists for decades.

The cosmic microwave background (CMB) is the first light that freely shone in the universe and it is a goldmine of information for understanding the cosmos. But it's also full of mysteries. One of these is that the universe seems hotter on one side than the other.

» Why the sun's atmosphere is hundreds of times hotter than its surface
» Asking the universe
» Parallel universe
» When did the universe 'wake up'?
» Unlocking the secrets of the universe
Current date/time is Tue May 17, 2022 4:29 am