Lightning strikes Launch Complex 39B where NASA's Artemis 1 mission is being readied for launch.

The first clip shows the strike in real-time, followed by a replay at 1/10th normal speed.

The flash can be seen and electrical discharge heard in video from a NASA camera at the launch pad (also at 1/10th normal speed). 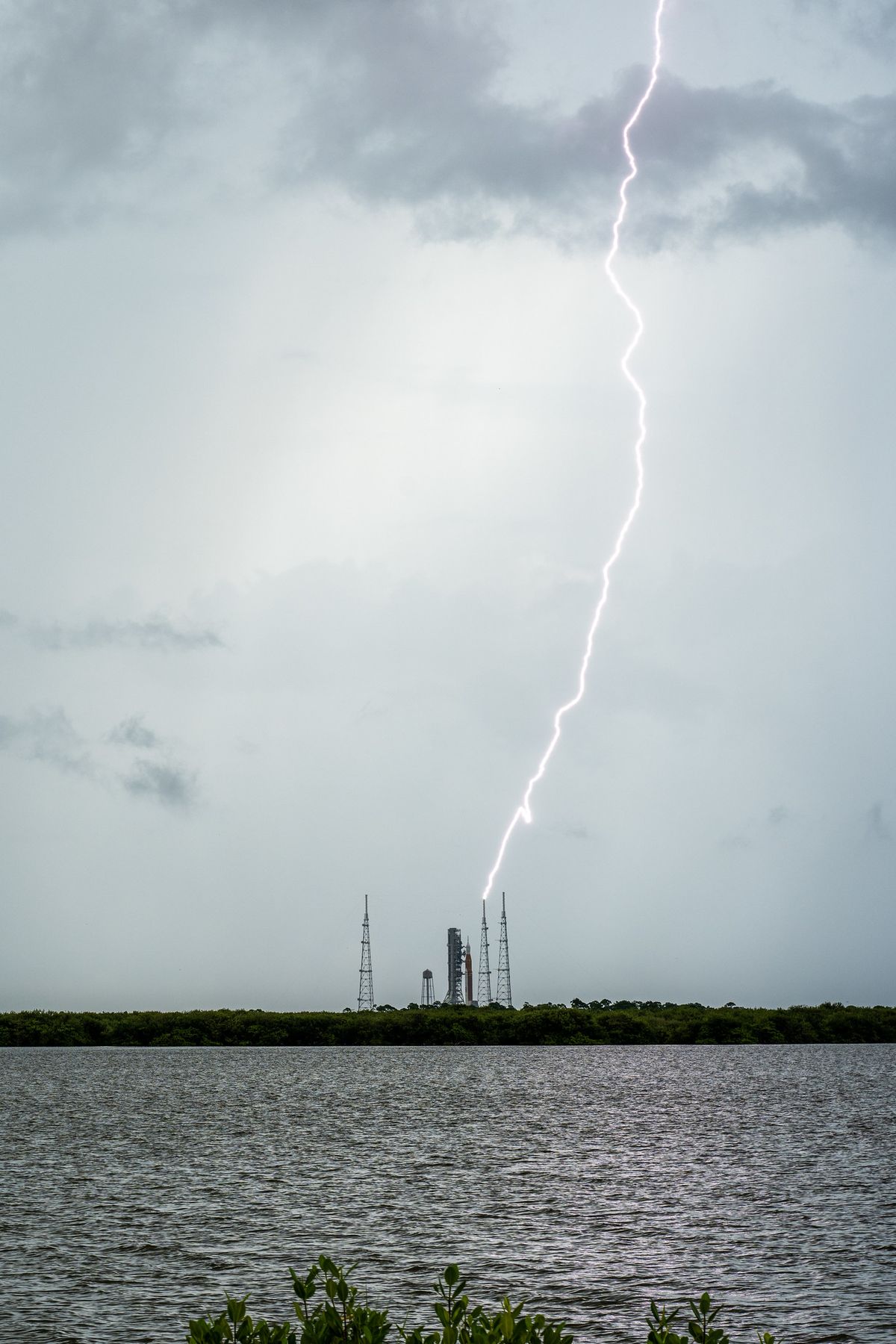 Lightning strikes the Launch Pad 39B lightning protection system at NASA's Kennedy Space Center on Aug. 27, 2022, two days ahead of the scheduled launch of Artemis 1. 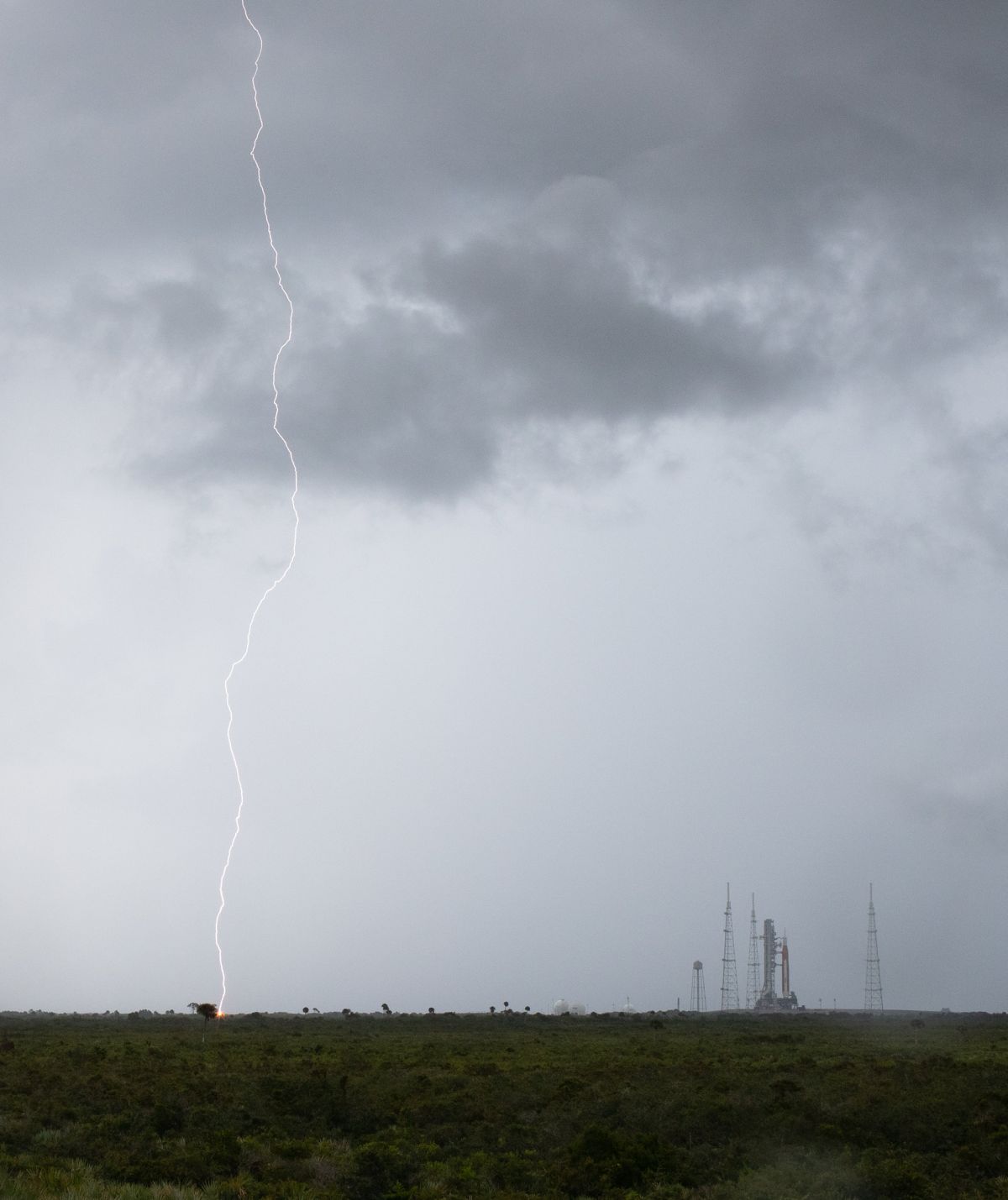 A bolt of lightning appears near the Artemis 1 stacked rocket at NASA's Kennedy Space Center Aug. 27, 2022. 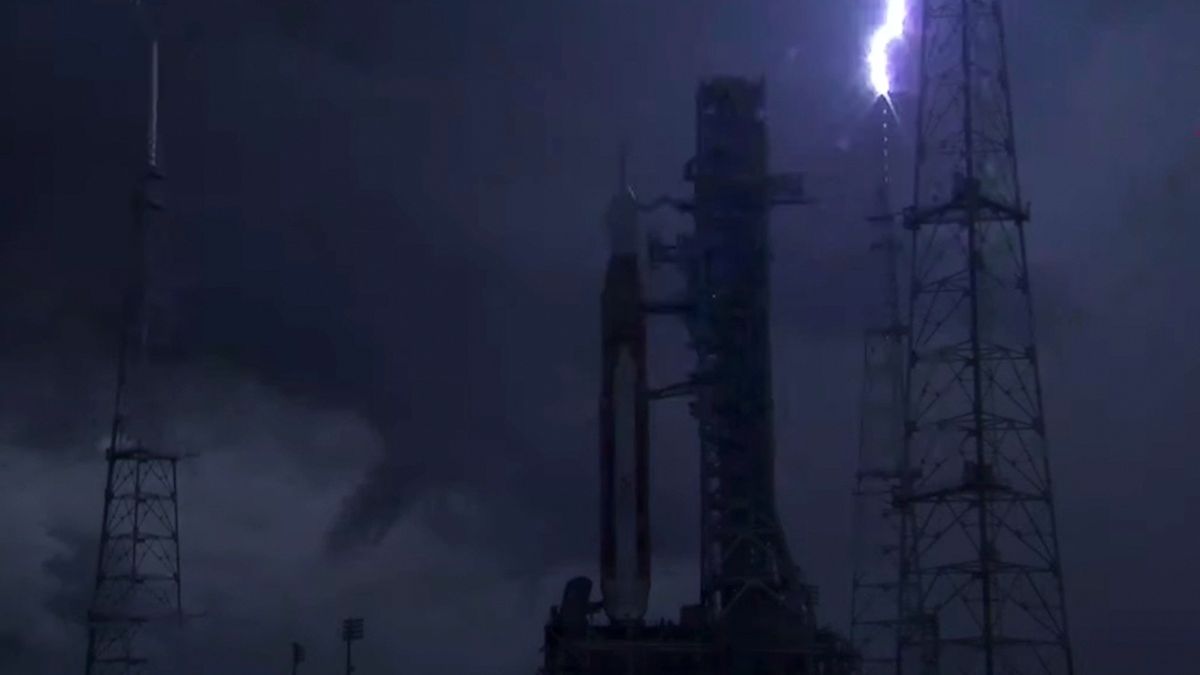 Lightning strikes one of the lightning towers at Pad 39B at Kennedy's Space Center in Florida on Aug. 27, 2022.

NASA's Artemis 1 moon rocket is on the pad, awaiting a planned Aug. 29 launch.