Researchers have published the most detailed map of Antarctica's frigid Southern Ocean to date, including the ocean's new deepest point, the "Factorian Deep," which sits nearly 24,400 feet (7,437 meters) below the sea surface.

Resting at a depth equivalent to about 17 Empire State Buildings stacked top to bottom, the Factorian Deep was discovered in 2019 by American explorer and entrepreneur Victor Vescovo, as part of his Five Deeps Expedition(opens in new tab) to map the deepest points of the world's five oceans.

Vescovo personally piloted a submersible named "Limiting Factor" (for which the Factorian Deep was named) to the bottom of the Atlantic Ocean's South Sandwich Trench – an undersea canyon that spans roughly 600 miles (965 kilometers) of seafloor between South America and Antarctica(opens in new tab). 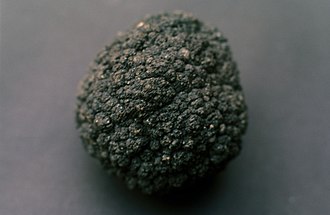 Placer deposits, accumulation of valuable minerals such as gold, formed by gravity separation during sedimentary processes are also expected to exist in the Southern Ocean.

Manganese nodules are expected to exist in the Southern Ocean.

Manganese nodules are rock concretions on the sea bottom formed of concentric layers of iron and manganese hydroxides around a core.

The core may be microscopically small and is sometimes completely transformed into manganese minerals by crystallization.

On the deepest dive ever made by a human inside a submarine, a Texas investor found something he could have found in the gutter of nearly any street in the world: plastic rubbish.