The Hubble team has released a stunning image of an intermediate spiral galaxy called NGC 3227 and its companion, the dwarf elliptical galaxy NGC 3226.

Collectively known as Arp 94 and Holm 187, the galaxy pair lies some 50 million light-years away in the constellation of Leo.

A close look at the area between NGC 3226 and NGC 3227 reveals faint tidal streams of gas and dust that link the pair in their gravitational dance.

NGC 3226 is considered something between a youthful blue galaxy and an old red galaxy.

The colors refer to the predominantly galactic blue light radiated by giant, young stars — a telltale sign of recent star formation — and the reddish light cast by mature stars in the absence of new, blue ones. 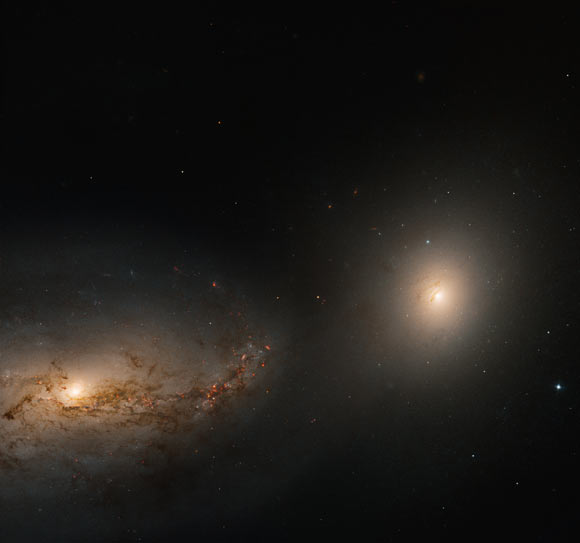