Researchers from Finland, Canada, and Russia have discovered an unusual, hourglass-shaped dust trail of the comet 17P/Holmes.

The particles that formed the dust trail were released by the most powerful of the thus-far documented outbursts by a comet.

Astronomers carried out observations of the cometary dust trail using telescopes in Australia, Finland, and the U.S. 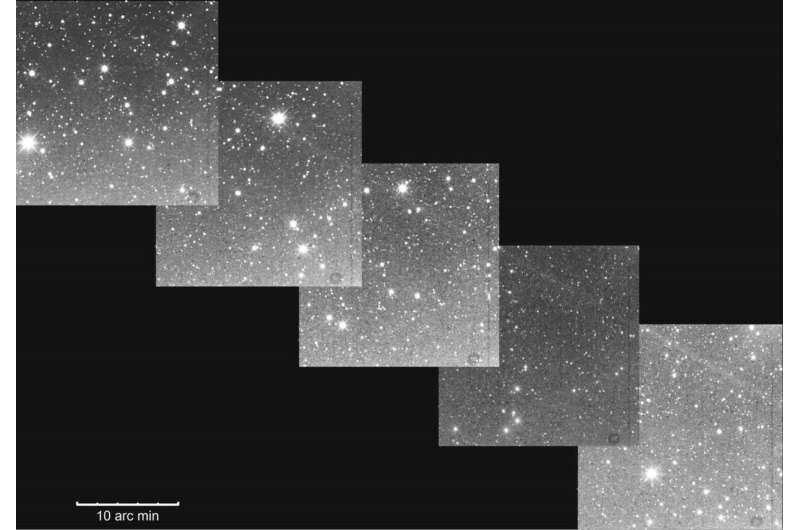 Photographs of observations of the comet's dust trail in 2015 taken by researchers.