A powerful radio-wave laser, called a "megamaser", has been observed by the MeerKAT telescope in South Africa.

The record-breaking find is the most distant megamaser of its kind ever detected, at about five billion light years from Earth.

The light from the megamaser has traveled 58 thousand billion billion (58 followed by 21 zeros) kilometers to Earth.

The discovery was made by an international team of astronomers led by Dr. Marcin Glowacki, who previously worked at the Inter-University Institute for Data Intensive Astronomy and the University of the Western Cape in South Africa.

Dr. Glowacki, who is now based at the Curtin University node of the International Centre for Radio Astronomy Research (ICRAR) in Western Australia, said megamasers are usually created when two galaxies violently collide in the Universe. 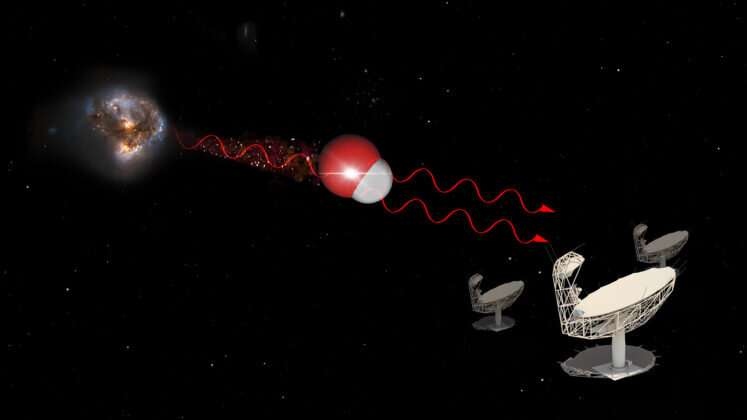 An artist’s impression of a megamaser being detected by radio telescopes.