“The black hole ejects a fraction of its accretion disk plasma from the host galaxy along two collimated, magnetized jets that are aligned with its rotation axis.”

“The relativistic electrons generate, through spiral motion, synchrotron radiation that is observed by radio telescopes.”

“The two jets either fade gradually or end in hotspots at the end of diffuse lobes, and ultimately enrich the intergalactic medium with cosmic rays and magnetic fields.”

“The full luminous structure is referred to as a radio galaxy,” the astronomers said. 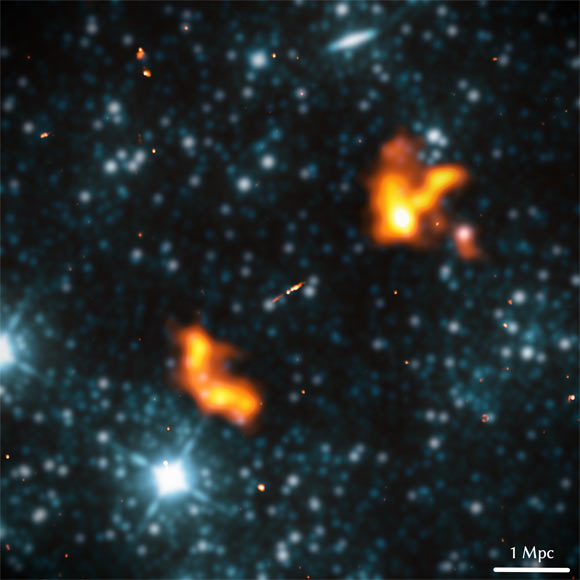 The radio sky is filled with radio 'light' from super-massive black holes.

This video shows the power of the LOw Frequency ARray (LOFAR), which has both a wide field of view and can achieve incredible resolution to study this radio light in fine detail.

LOFAR has radio antennas spread all throughout Europe.