Astronomers have discovered a third moon orbiting the main-belt asteroid (130) Elektra, making it the first quadruple asteroid ever found.

Its first moon was discovered in 2003 by a team of astronomers led by Dr. William Merline using the Keck II telescope at the Mauna Kea Observatory. 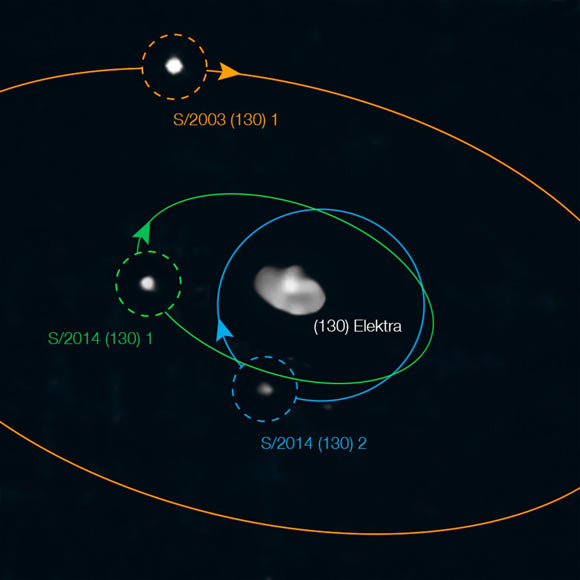 This image, taken by the SPHERE/IFS instrument on ESO’s Very Large Telescope in 2016, shows three satellites (S1 in red circle, S2 in green, and S3 in blue) of the main-belt asteroid (130) Elektra.