New Zealand scientists have discovered a rare baby ghost shark, a little-known species of fish that lives in the shadowy depths of the ocean.

Ghost sharks - also known as chimaera - are rarely spotted, and sightings of their young are even more uncommon.

The newly-hatched shark was collected at a depth of about 1.2km (0.7 miles) underwater near the South Island.

Scientists say the find deepens understanding of the juvenile stage of the species. 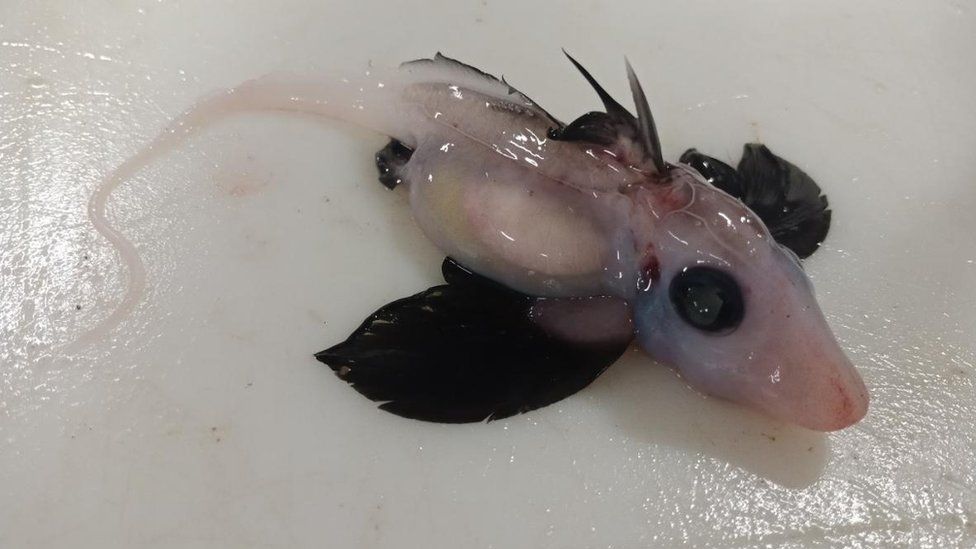 Ghost Shark Caught on Camera for the First Time