The giant gamma-ray flare event, designated GRB 2001415, was emitted by a powerful magnetar in NGC 253, an active starburst galaxy approximately 11 million light-years away in the constellation of Sculptor.

“Magnetars are strongly magnetized, isolated neutron stars with magnetic fields up to around 1015 gauss, luminosities of approximately 1031-1036 ergs per second and rotation periods of about 0.3-12 seconds,” said Dr. Alberto Castro-Tirado, an astrophysicist with the Instituto de Astrofísica de Andalucía del Consejo Superior de Investigaciones Científicas (IAA-CSIC) and the Universidad de Málaga, and his colleagues. 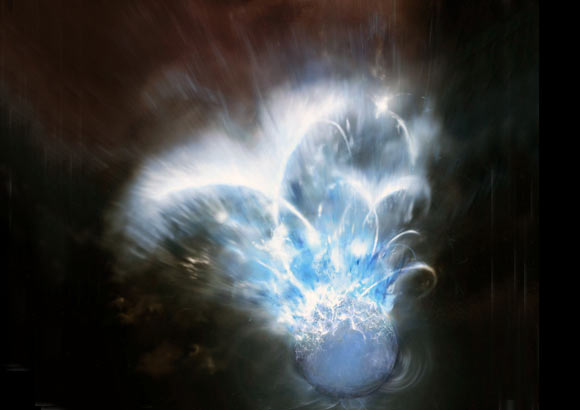 An artist’s impression of a giant magnetar flare