Just two weeks after launching from Vandenberg Space Force Base in California, NASA's Double Asteroid Redirection Test (DART) spacecraft has opened its "eye" and returned its first images from space—a major operational milestone for the spacecraft and DART team.

On Tuesday, Dec. 7, the spacecraft popped open the circular door covering the aperture of its DRACO telescopic camera and, to everyone's glee, streamed back the first image of its surrounding environment.

Taken about 2 million miles (11 light seconds) from Earth—very close, astronomically speaking —the image shows about a dozen stars, crystal-clear and sharp against the black backdrop of space, near where the constellations Perseus, Aries and Taurus intersect. 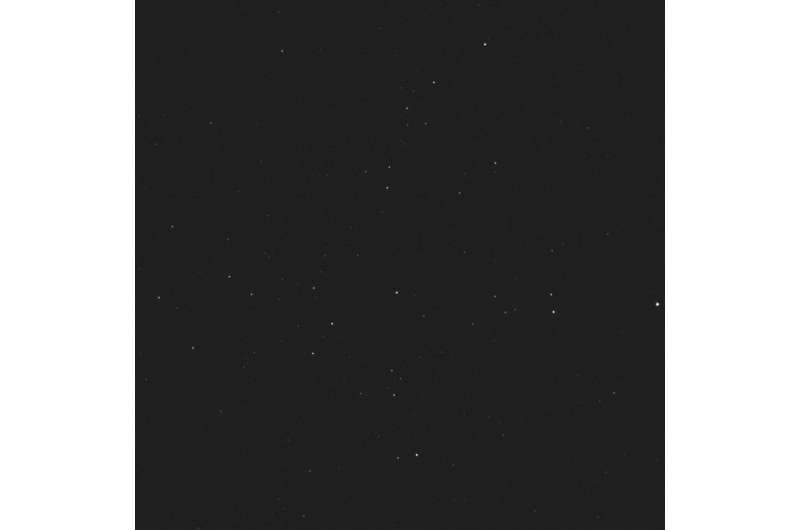 On Dec. 10, DART’s DRACO camera captured and returned this image of the stars in Messier 38, or the Starfish Cluster, which lies some 4,200 light years away.

The Dart mission is the first dedicated to investigating and demonstrating a method of asteroid deflection by changing an asteroid’s motion in space through kinetic impact.
_________________