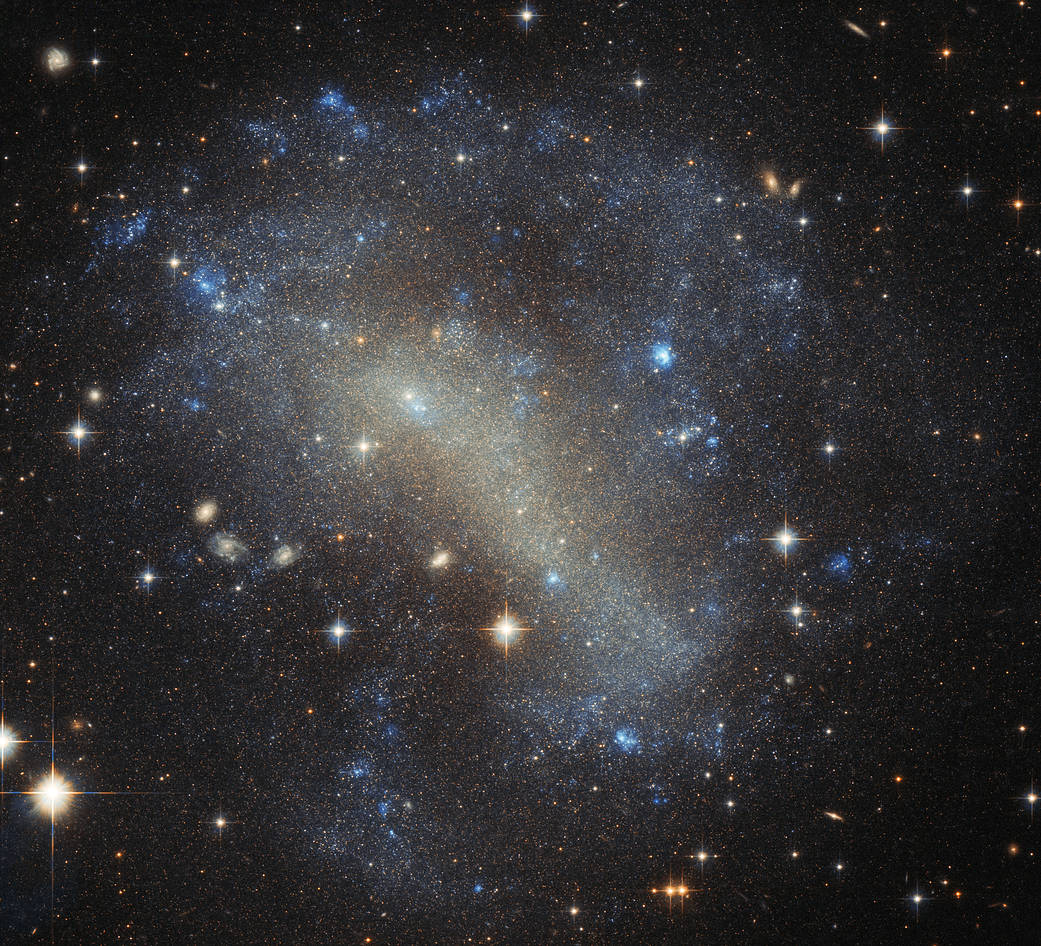 Discovered in 1900 by astronomer DeLisle Stewart and here imaged by the NASA/ESA Hubble Space Telescope, IC 4710 is an undeniably spectacular sight. The galaxy is a busy cloud of bright stars, with bright pockets - marking bursts of new star formation - scattered around its edges.

IC 4710 is a dwarf irregular galaxy. As the name suggests, such galaxies are irregular and chaotic in appearance, lacking central bulges and spiral arms - they are distinctly different from spirals or ellipticals. It is thought that irregular galaxies may once have been spirals or ellipticals, but became distorted over time through external gravitational forces during interactions or mergers with other galaxies. Dwarf irregulars in particular are important to our overall understanding of galactic evolution, as they are thought to be similar to the first galaxies that formed in the universe.

Re: Hubble's Frenzy of Stars

The zoom video starts with a wide view of the central parts of the Milky Way and slowly closes in on the globular star cluster NGC 6752 in the southern constellation of Pavo (The Peacock).

The final detailed image of the cluster is from the Wide Field Imager on the MPG/ESO 2.2-metre telescope at La Silla Observatory in Chile. Studies of this cluster using ESO's Very Large Telescope have unexpectedly revealed that many of the stars do not undergo mass-loss at the end of their lives.

» Stars might be forming much faster than expected
» Mysterious 'blue lurker' stars
» Uncovering the birthplaces of stars in the Milky Way
» The give and take of mega-flares from stars
» 'Zombie' stars return from the dead
Current date/time is Fri May 20, 2022 1:09 am