A little-known species of tropical bee has evolved an extra tooth for biting flesh and a gut that more closely resembles that of vultures rather than other bees.

Typically, bees don't eat meat. However, a species of stingless bee in the tropics has evolved the ability to do so, presumably due to intense competition for nectar.

"These are the only bees in the world that have evolved to use food sources not produced by plants, which is a pretty remarkable change in dietary habits," said UC Riverside entomologist Doug Yanega. 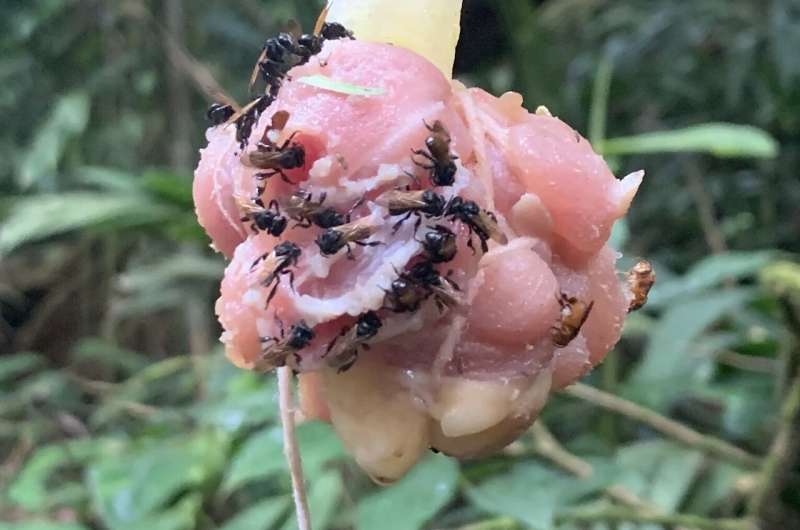 In addition, though they feed on meat, their honey is reportedly still sweet and edible.

Wow this is kinda heart breaking

Now our bees are turning to rotten meat for food. I’m guessing they’ll also eat deceased animals / road kill etc .. they need more wild flowers.. we all need to be planting wild flowers anywhere we can, even a tiny pot of them on a balcony or a few seeds scattered out there somewhere they can thrive

» Consider the Honey Bees - here's 10 things which would happen if Bees became extinct
» Should you feed your pet raw meat?
» The incredible return of Griffon vulture to Bulgaria's Eastern Balkan Mountains
» Cretaceous Plankton-Eating Shark Had Long, Wing-Like Fins
» A world without Bees
Current date/time is Mon May 16, 2022 5:17 am