Brown dwarfs, also known as "coffee colored dwarfs" or "failed stars" are the natural link between stars and planets.

They are more massive than Jupiter but now sufficiently to burn hydrogen, which is the fuel the stars use to shine.

For that reason these substellar objects were not observed until observers detected them in the mid 1990's.

They are particularly interesting because it was predicted that some of them could preserve intact their content of lithium, sometimes known as "white petroleum" because of its rarity and its relevance. 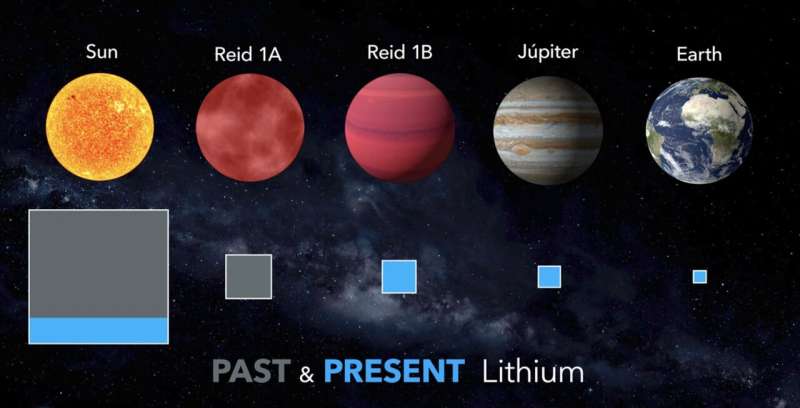 The Spanish-Mexican team has found that the boundary between those objects which destroy lithium and those which preserve it lies at 51.5 times the mass of Jupiter.

The brown dwarf Reid 1B is a major deposti fo lithium which will never be destroyed.

Planets such as Jupiter and the Earth are even less massive and do not destroy their lithium.

The Sun has destroyed all the lithium that was in its nucleus and preserves some in its upper layers, which are slowly mixing with its interior.