Stars are born from clouds of gas and dust that collapse under their own gravitational attraction.

As the cloud collapses, a dense, hot core forms and begins gathering dust and gas, creating an object called a "protostar."

This Hubble infrared image captures a protostar designated J1672835.29-763111.64 in the reflection nebula IC 2631, part of the Chamaeleon star-forming region in the southern constellation Chamaeleon.

Protostars shine with the heat energy released by clouds contracting around them and the accumulation of material from the nearby gas and dust.

Eventually enough material collects, and the core of a protostar becomes hot and dense enough for nuclear fusion to begin, and the transformation into a star is complete.

The leftover gas and dust can become planets, asteroids, comets, or remain as dust. 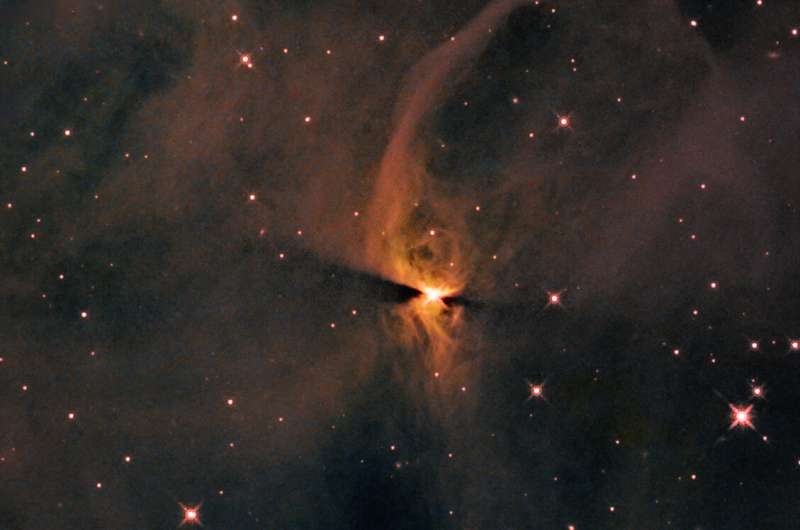 This image is part of a Hubble survey targeting 312 protostars within molecular clouds previously identified with the Spitzer and Herschel infrared space observatories. 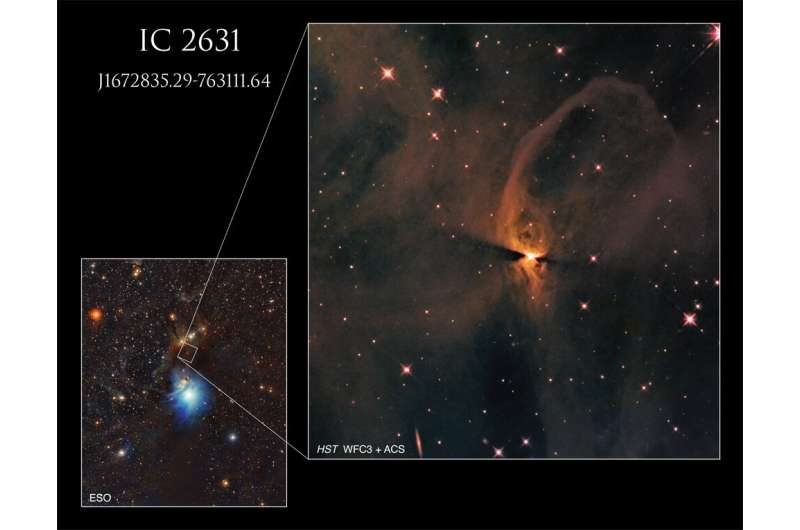