The Shelley’s eagle owl is a large species of owl found in the rainforests of Central and Western Africa.

This nocturnal bird is among the largest owls and the less studied bird species in the world.

The Shelley’s eagle owl was first described in 1872 from a specimen obtained from a local hunter in Ghana by Richard Bowdler Sharpe, curator of the bird collection at the Natural History Museum in London and founder of the British Ornithologists’ Club.

There have been no confirmed sightings from Ghana since the 1870s, and very few glimpses elsewhere. 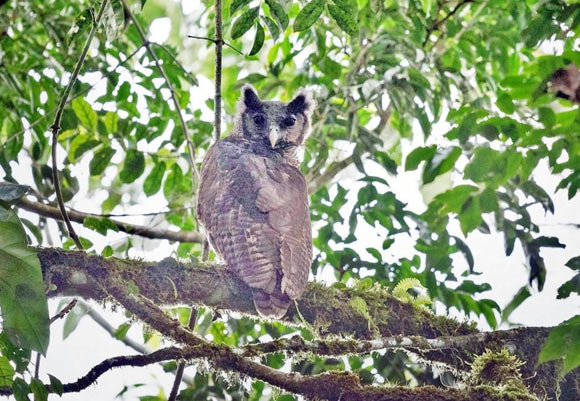 “We hope this sighting draws attention to Atewa forest and its importance for conserving local biodiversity,” Dr. Williams said.

“Hopefully, the discovery of such a rare and magnificent owl will boost these efforts to save one of the last wild forests in Ghana.”

» Extremely rare ‘rainbow-like’ blanket octopus spotted in the wild on Great Barrier Reef
» Rare pink handfish spotted for first time in 22 years, off coast of Tasmania
» For Ron Eagle
» Extremely fast dives help peregrine falcons maneuver to catch agile prey
» Feeling Extremely Depressed and I Am Out of Places to Turn
Current date/time is Mon May 16, 2022 7:23 am