One of the youngest planets ever found around a distant infant star has been discovered by an international team of scientists led by University of Hawaiʻi at Mānoa faculty, students, and alumni.

The researchers estimate that the planet is a few times more massive than Jupiter, and that it formed with its star several million years ago, around the time the main Hawaiian Islands first emerged above the ocean.

The planet is so young that it is still hot from the energy released during its formation, with a temperature similar to the lava erupting from Kīlauea Volcano. 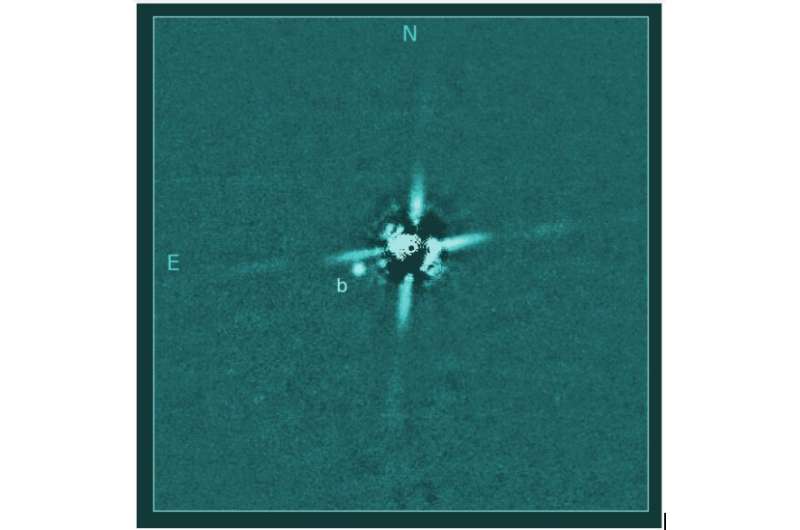 Discovery image of the planet 2M0437, which lies about 100 times the Earth-Sun distance from its parent star.

The image was taken with the Subaru Telescope on Maunakea. The much-brighter host star has been mostly removed, and the four “spikes'' are artifacts produced by the optics of the telescope.