NASA telescopes have captured the colorful blast of a stellar explosion thousands of years ago, shedding new light on the evolution of such cosmic remains.

When a star reaches the end of its life, it explodes in a bright burst called a supernova.

White dwarfs are the dim, fading corpses of stars that have exhausted most of their nuclear fuel and shed their outer layers.

Having shrunk to a relatively small size, white dwarfs are considered among the most stable of stars, given they can last for billions or even trillions of years.

However, when a white dwarf passes near a neighboring star it may siphon too much material from its companion, causing it to grow unstable and explode, resulting in a Type Ia supernova. 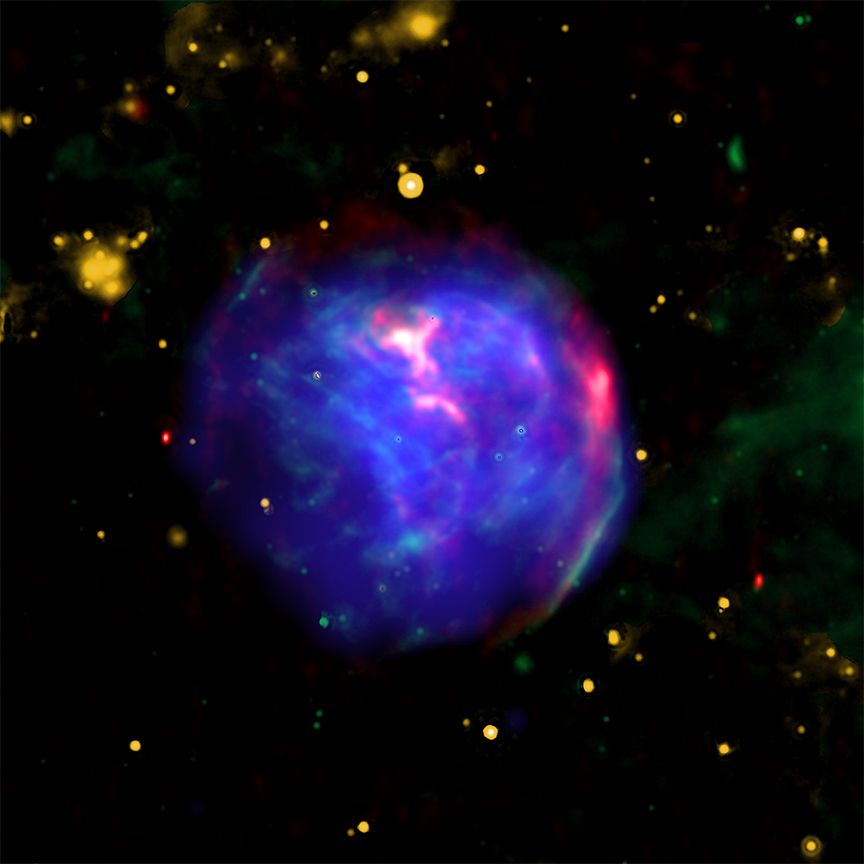 When a Stable Star Explodes

White dwarfs are among the most stable of stars.

They are stars that have exhausted most of their nuclear fuel and shrunk to about the size of Earth, yet still contain about the same mass as the Sun.

Left on their own, white dwarfs can last for billions or even trillions of years.

However, a white dwarf with a nearby companion star can become a cosmic powder keg.

This kind of stellar blast is called a Type Ia supernova.

While astronomers generally accept that such encounters between white dwarfs and "normal" companion stars are one likely source of Type Ia supernova explosions, many details of the process are not well understood.

One way to investigate the explosion mechanism is to look at the elements left behind by the supernova in its debris or ejecta.
_________________