Dr. Manasvi Lingam from the Department of Aerospace, Physics and Space Sciences at the Florida Institute of Technology and Professor Avi Loeb of Harvard University have studied how life might survive on free-floating, or rogue, planets — interstellar planetary-mass objects without a host planetary system — via oceans prevalent underneath a thick layer of ice.

The cold of interstellar space would be too much for the oceans to remain entirely liquid, but Dr. Lingam and Professor Loeb believe any putative biospheres would be protected from the cold via the ice layer, and the planet’s core would heat the planet from the inside.

Underneath the ice would potentially exist Earth-like oceans that could support life.

The possibilities for rogue planets facilitating life are of deep interest to the authors as more planets are being discovered.

“For every solar system discovered, each of which contains a handful of terrestrial planets, there are approximately 30-40 rogue planets traveling in the cold expanses of interstellar space,” Dr. Lingam said.

“The nearest exoplanet to Earth is therefore expected to be one of these rogue planets.” 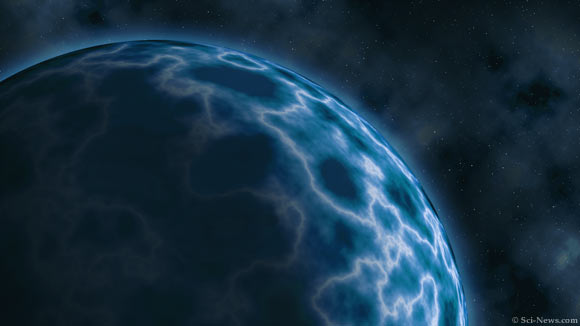 An artist’s impression of a free-floating exoplanet.