In a study of exposed outcrops of Lake Otero in New Mexico, the United States, archaeologists have discovered numerous human footprints dating to about 23,000 to 21,000 years ago.

The discovery confirms the presence of humans in North America during the Last Glacial Maximum, adding evidence to the antiquity of human colonization of the Americas.

The footprints were formed in soft mud on the margins of a shallow lake which now forms part of a large playa called Alkali Flat.

They were first discovered by David Bustos, a resources manager at White Sands National Park. 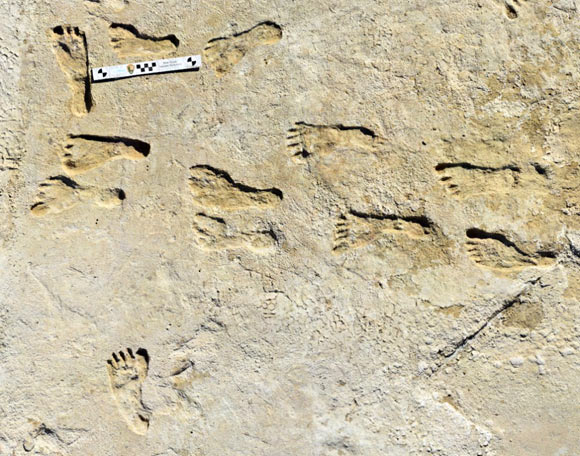 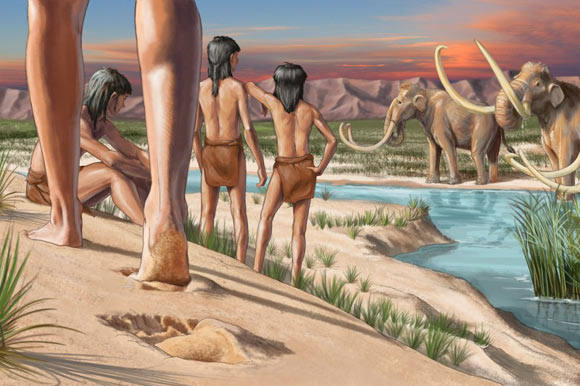 Using radiocarbon dating of seed layers above and below the tracks, experts from the U.S. Geological Survey dated the footprints as having been made over a period of at least 2,000 years, according to research published today in the journal Science.
_________________