Sacred to local Māori, it has the clearest natural fresh water in the world.

he Blue Lake is drained by the west branch of the Sabine River, which is part of the Buller River system.

It is fed by a short upper segment of the Sabine, which in turn is fed by underground seepage through the landslide debris impounding the much larger Lake Constance.

The lake has extremely clear water, and is the clearest natural body of fresh water yet reported.

Scientists attribute the lake water's clarity to its passage underground from Lake Constance, which filters out nearly all the particles suspended in the water. 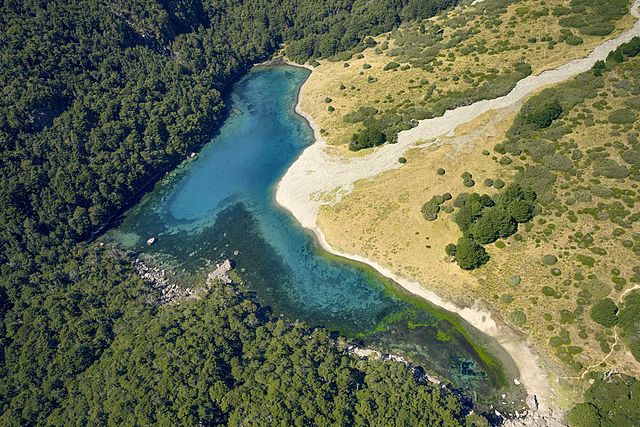 The algae and plant life in the lake make it look blue and green.

These astonishingly clear waters are regarded by the local Maori iwi / tribe as tapu or sacred, which means that humans are not permitted to enter the lake.

However, in early 2013, Danish photo-journalist and environmentalist Klaus Thymann was granted special permission by Māori, NIWA and New Zealand’s Department of Conservation to capture the clarity of the lake for conservation purposes.
_________________