Ingenuity began as a technological demonstration to prove that powered, controlled flight on Mars is possible.

It is now an operations demonstration intended to investigate how a rotorcraft can add an aerial dimension to missions like Perseverance, scouting possible areas of scientific interest and offering detailed views of nearby areas too hazardous for the rover to explore. 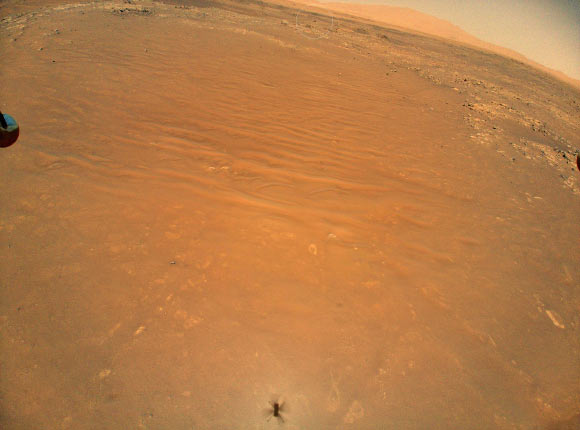 This image shows the South Séítah region of Jezero Crater, captured by NASA’s Ingenuity helicopter during its 11th flight on August 4, 2021.

At the bottom center of the image is Ingenuity’s shadow.

Above it, toward the top of the frame — just beyond the dune field and right of center — is the Perseverance rover (white circle).