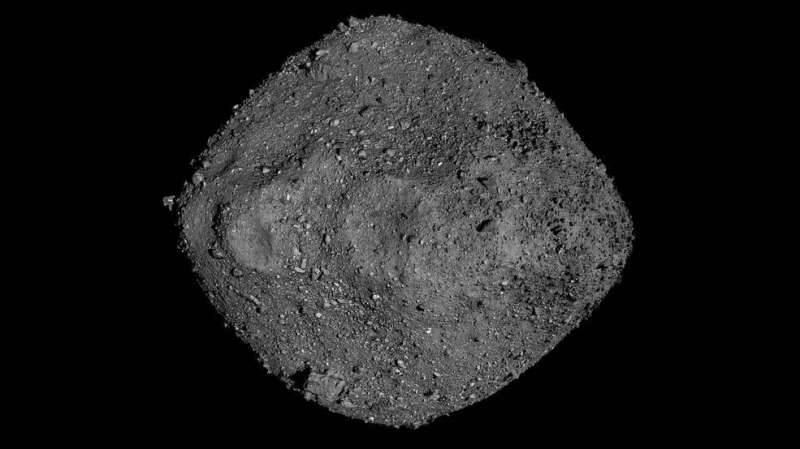 This mosaic of Bennu was created using observations made by NASA’s OSIRIS-REx spacecraft that was in close proximity to the asteroid for over two years.

On September 25, 2135, an asteroid called Bennu will make a close flyby of Earth.

Our planet’s gravity will tweak Bennu’s path, making it a challenge to calculate its future trajectory.

During the flyby, there is an extremely small chance that Bennu will pass through a “gravitational keyhole” – a region of space that would set it on just the right path to impact Earth, late in the 22nd century.

Although it is difficult to determine the odds of this actually happening, new data from NASA’s OSIRIS-REx spacecraft have allowed scientists to better model how Bennu’s orbit will evolve over time, and to better calculate the probability of an impact.
_________________