Two spacecraft are set to swoop past Venus within hours of each other this week, using the maneuver to do a little bit of bonus science on the way to their main missions at the center of our solar system.

The European Space Agency's Solar Orbiter probe, a cooperation with NASA, will swing around Venus early Monday, using the planet's gravity to help put it on a course to observe the Sun's poles.

About 33 hours later, the European-Japanese spacecraft BepiColombo will get even closer to Venus in a maneuver designed to help it slow down sharply and safely steer into the orbit of Mercury in 2025. 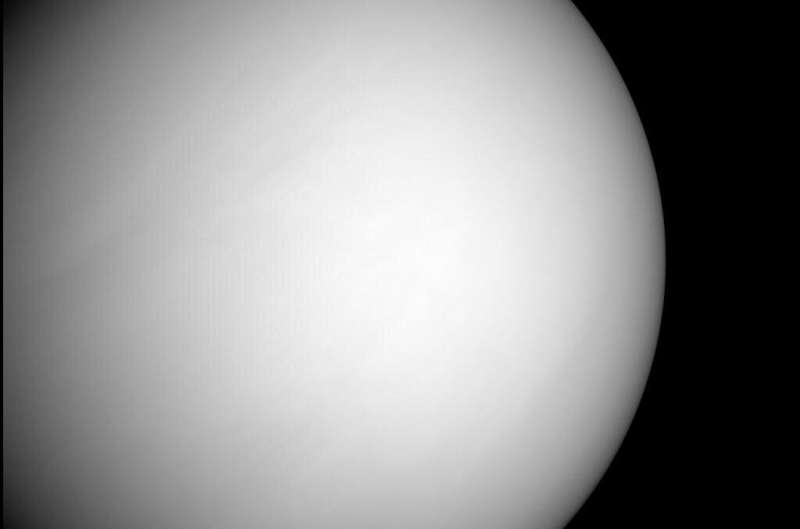 Venus as captured by NASA’s MESSENGER spacecraft on June 5, 2007.

On the same day, MESSENGER’s neutron spectrometer collected data about neutrons emitting from Venus’ atmosphere, which scientists later realized could reveal details about nitrogen concentrations in the atmosphere.

The spacecraft will make numerous gravity assist flybys at Venus to bring it closer to the Sun and to tilt its orbit in order to observe our star from different perspectives.

Solar Orbiter’s path around the Sun has been chosen to be ‘in resonance’ with Venus, which means that it will return to the planet’s vicinity every few orbits and can again use the planet’s gravity to alter or tilt its orbit.

Initially, Solar Orbiter will be confined to the same plane as the planets, but each encounter of Venus will increase its orbital inclination.

By 2025 it will make its first solar pass at 17º inclination, increasing to 33º by the end of the decade, bringing even more of the polar regions into direct view.

This will result in the spacecraft being able to take the first-ever images of the Sun’s polar regions, crucial for understanding how the Sun ‘works’, for investigating the Sun-Earth connection and how we can better predict periods of stormy space weather.
_________________