The L 98-59 planetary system contains two non-transiting planets and three transiting terrestrial planets, one of which is a warm rocky world with half the mass of Venus.

L 98-59 is a bright M3V-type dwarf located 34.6 light-years away in the southern constellation of Volans.

“The fact that L 98-59 is an M-dwarf sets this system apart among multiplanetary systems,” said lead author Dr. Olivier Demangeon from the Instituto de Astrofísica e Ciências do Espaço at the University of Porto and his colleagues.

“According to the exoplanet archive and the recent literature, only seven multiplanetary systems are currently confirmed — including L-98-59 — around M-dwarfs for which the planetary masses and radius of at least two planets have been measured. 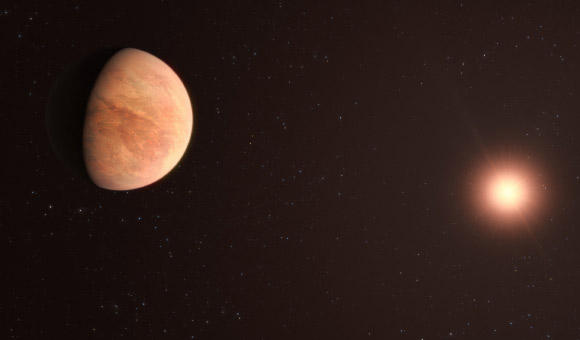 This artist’s impression shows the warm terrestrial planet L 98-59b. 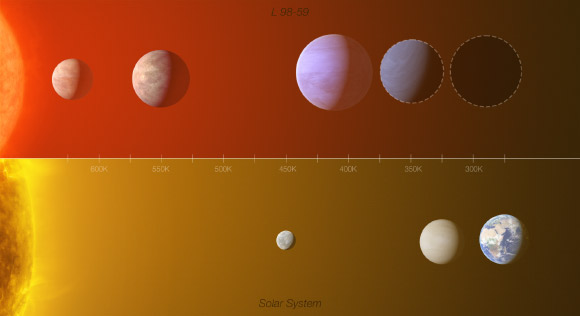 This infographic shows a comparison between the L 98-59 exoplanet system (top) with part of the inner Solar System (Mercury, Venus and Earth), highlighting the similarities between the two.

A team of astronomers have used ESO’s Very Large Telescope in Chile to shed new light on planets around a nearby star that resemble those in the inner Solar System.