Using the Sardinia Radio Telescope, a 64-m fully steerable radio telescope near San Basilio, Sardinia, Italy, an international team of astronomers has produced a detailed radio image of the Andromeda — the best-known large galaxy besides our own Milky Way — at the microwave frequency of 6.6 GHz.

The Andromeda Galaxy is the largest galaxy of the Local Group, which includes the Milky Way, the Triangulum galaxy (Messier 33), and several other smaller galaxies including the satellite Messier 32 and Messier 110.

Also known as Messier 31 or M31, it is a large disk galaxy at a distance of 2.5 million light-years from Earth, and has a proper redshift of z=-0.001, where the negative value shows that it is moving towards the Milky Way. 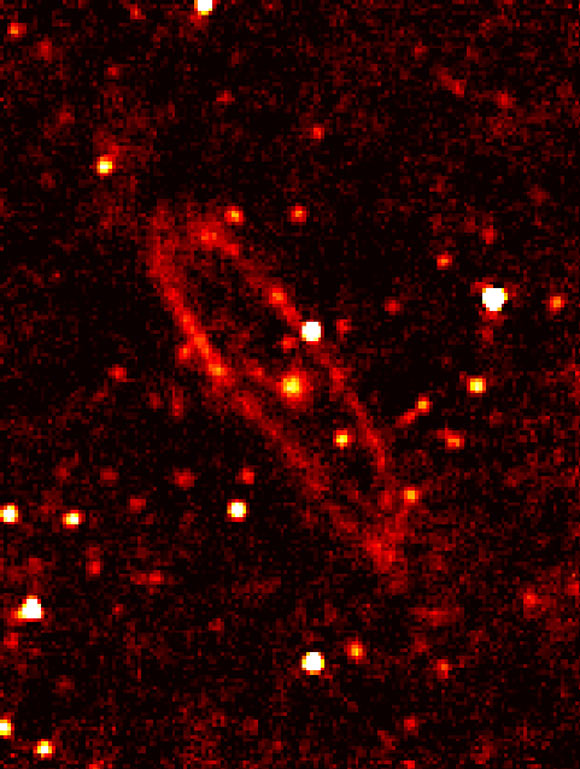 An image of the Andromeda Galaxy from the Sardinia Radio Telescope after averaging over the whole bandwidth at 6.6 GHz.